The Midas Touch is a very interesting story that really gets one thinking about being very careful what we wish for.

Most people are familiar with the story of The Midas Touch, I had always grown up hearing this told as a fairy tale, but in researching this story more, found it is from Greek Mythology. 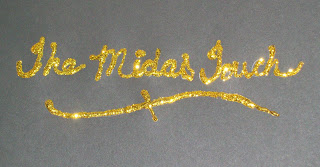 In most fairy tale versions of The Midas Touch, King Midas is a King who is in love with his gold, and thinks it is the best thing in the world.  A fairy appears and grants him one wish.  The King wishes that everything he touches turns to gold.  His wish is granted.  Midas turns his castle to gold, he turns his garden to gold, and at first all seems pretty great.  Until he turns his food to gold and is unable to eat, and then worst of all when his daughter comes running up to him to give him a hug she turns to gold.  The king, who loves his daughter very much is very upset and sad, and calls to the fairy to undo his wish.  The fairy comes back, and asks if the king still thinks gold is the best thing in the world, and he says no.  Since the king realizes what is important, the fairy takes pity and reverses his wish, his daughter is restored to him, and he goes on to appreciate what is important in life. 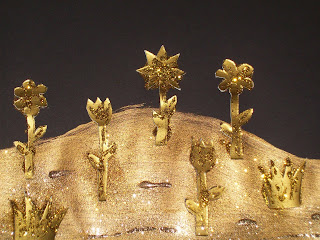 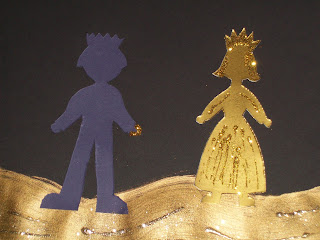 I have also read more cautionary versions of this fairy tale, where Midas does not get the wish reversed, and dies of hunger because everything he touches turns to gold, including food and water.

The tale of The Midas Touch comes from a Greek myth, which thankfully I was able to read, as it was a story in my copy of D'Aulaires' Book of Greek Myths, a great book for learning about Greek Mythology.  I have included my Amazon Affiliate link for this book below.

In the Greek Myth, King Midas shows pity to a satyr who fell asleep in King Midas' favorite flower bed, and lets him go without punishment.  The satyr tells Dionysus how Midas spared him, and so Dionysus decided to grant Midas a wish.  The wish of course being the golden touch.  As in the story above, after turning his daughter into gold, he begs Dionysus to reverse the wish, and return everything back to its normal state.

I have always enjoyed Greek myths as well as fairy tales, so I thought it was interesting to find out the origin of this tale.

I am really wanting to make a new fairy tale doll, but didn't have any gold cloth that I thought would represent this story well, so I decided on another page for my fairy tale scrapbook.  I enjoyed working with my golden paint, golden glitters and gold scrapbook paper.  Here is how it turned out. 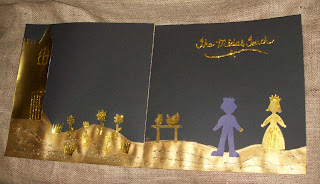 Here is a link to last weeks tale of Foolish Jack, another page in my Fairy Tale Scrapbook, as well as a link to my first scrapbook page of the story of The Twelve Dancing Princesses.

We are in the midst of enjoying our last few spring break days, and had a wonderful time yesterday visiting with my Grandmother, my Aunts, and two of my cousins.  One of my Aunts and cousins are visiting from out of town, and I hadn't seen them since the kids were very young.  Now that my children are older, they really enjoyed getting to visit with my relatives, we all had a great time.

Looking forward to a nice weekend! :)

Posted by April's Homemaking at 10:13 PM