For this week's 52 Weeks of Fairy tale Post, I decided on a tale that I had not heard before.  The tale was written by Hans Christian Anderson and is called The Nightingale.

The story takes place in China, and the emperor of China lives in a magnificent palace, filled with beautiful decorations.  The palace is surrounded by a beautiful garden, where the special rare flowers have little bells tied to them so that when you walk past the flowers and hear the jingle, you cannot help but notice their beauty.  The garden was so large, that even the gardener had not been beyond the garden.

Some, who did travel beyond the palace garden, knew of a noble forest that went all the way to the sea.  In the forest, in a tree, lived the nightingale bird.  The nightingale would sing so beautifully that everyone who heard its song loved it.  One day the emperor was reading about this nightingale from a book he had received from the emperor of Japan, no one else in the palace had heard this bird, because no one left the palace grounds, but the Chinese emperor knew that it must be true, and he wanted to hear the bird, so he sent his subjects out to find it. 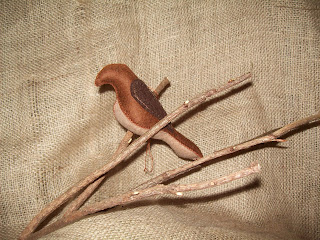 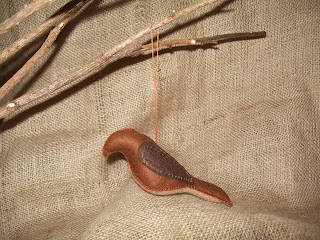 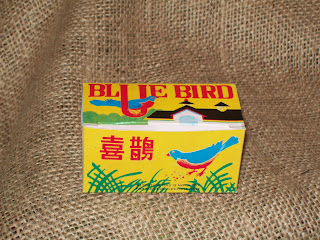 ( I was at a toy store a couple weeks ago and spotted this little mechanical bird, I love tin toys,
so I decided to add to my collection. Even though it isn't golden and jeweled, I think it would make a good example of a mechanical bird when telling this story. I will have to keep my eye out
for a musical bird which would be pretty fun also. ) 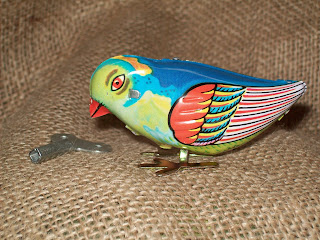 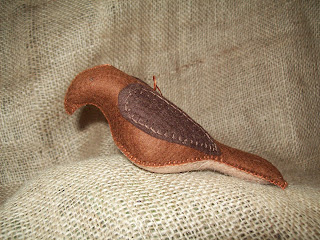 The subjects are happy to learn that their emperor is no longer dying.  The emperor asks the nightingale to live at the palace, the nightingale says he must be aloud to fly free, and live in the forest, but he will come to sing to the emperor often, and also the bird says he will be the emperors eyes and ears, and let him know what he learns about the kingdom, as long as the emperor promises not to tell anyone that he has a little bird that tells him everything.  This way the emperor would be very wise.

This tale was written by Hans Christian Anderson in 1843, you can read some interesting information about this tale and its history at the Wikipedia page about The Nightingale.  This play has been adapted for opera and ballet, as well as other shows.

While I was working on my craft for this tale, I watched the Shelley Duvall's Faerie Tale Theater version of The Nightingale from 1983 where Mick Jagger played the emperor.  This version was interesting, I will say that "death" was pretty creepy looking though, and I would not recommend this episode for young children. In this version the kitchen maid also plays a more prominent roll, and cares very much for the emperor, and it is she who fetches the nightingale when the emperor is dying.  I watched Faerie tale theater growing up, and loved it, I was probably in the 5th or 6th grade when we first got cable and my sister and I would enjoy this on the weekends.  I never did see the episode of The Nightingale until now though.  I do like reading and watching various versions of fairy tales to compare them all, I think comparing multiple versions of fairy tales would also be good for older students.

Overall, I really did enjoy this fairy tale, and loved learning a new tale.  For my craft I enjoyed making a little felt nightingale, I based the colors off of nightingale pictures I found online, and tried to find the closest colors in my felt stash.  I looked at a few bird patterns, and then what should pop up on my Facebook page, but a bird pattern, shared by Living Crafts Magazine, here is the link for the bird pattern I used.  I chose this pattern for the shape, I did shrink it down to 80% of its original size, I also added wings that I just drew a quick pattern for, and added myself.  I made this out of felt rather than fabric, so I hand stitched it with a blanket stitch instead of machine sewing like the instructions suggest.  This bird pattern worked up nicely, and I think it will be fun to make more of these birds for mobiles or Christmas decorations.

I also really liked the idea of tying little bells to the flowers in the garden, and although I would not tie them on all the garden flowers, it would be fun to add a few bells to my garden this spring.

This last week I had the opportunity to share my fairy tale crafts with my young niece and nephew, who came for a visit.  They enjoyed all the stories very much, including the shadow puppet show from last weeks post about The Three Spinners.  My little niece, who is almost six years old, also had fun making up her own fairy tales, using characters from multiple tales, she had the shadow puppets playing with red riding hood and the wolf, and even red riding hood had to learn how to spin, it was pretty cute.  My nephew appreciated the story of The Brave Little Tailor, and thought that the little tailor was pretty clever.  Between St. Patrick's story books and fairy tales, we had quite a fun time with story time.

Hope everyone is having a nice weekend as well as a wonderful St. Patrick's Day, I hope to get a post up soon with our St. Patrick's desserts.

Posted by April's Homemaking at 3:15 PM