Our Day at Rose City Comic-Con

This past weekend, Portland, Oregon hosted it's first Rose City Comic-Con.  Our family enjoys classic sci-fi, so we thought it would be a fun event to attend, and it was!  I was very excited, when earlier this summer we found out that the special guests would be Richard Hatch from both the original and new Battlestar Galactica  and Kathy Coleman who played Holly Marshall in the original Land of the Lost.  Longer time readers of my blog may remember that last summer me and the kids did a unit study on The Lost World , and as part of that we watched through the entire original Land of the Lost series.  Of course we were very excited to meet these special guests.

The turn out for Rose City Comic-con was wonderful, and many people got into the spirit of the event. 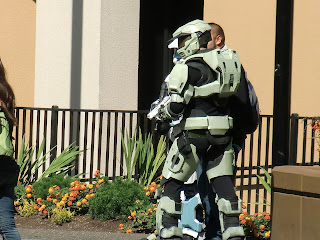 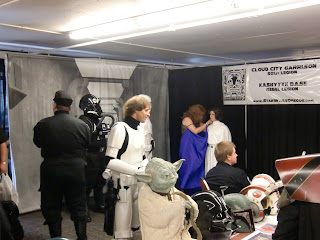 Here is Iron Man hanging out with a storm trooper and Darth Vader. 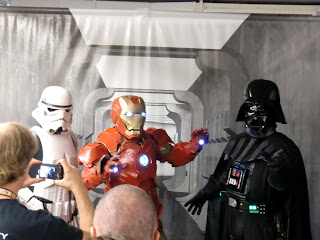 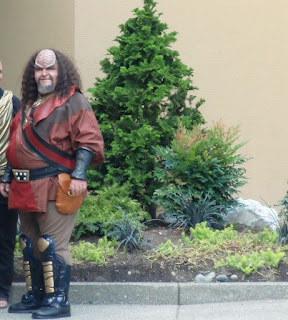 The event was packed, you can see in this picture just how busy it was, although it was very hot and stuffy, everyone was so friendly and excited to be there that it didn't seem to matter much. 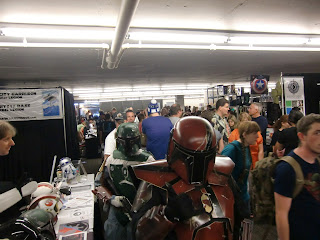 The people in costume spent a lot of time out front with people snapping their pictures, looks like they were having fun getting into character. 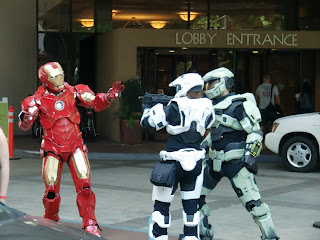 Of course since it was Comic-con, you can imagine there were plenty of comics around.  I don't collect comics, but I was really drawn to the classic comics, the vintage looking art work was really appealing to me. 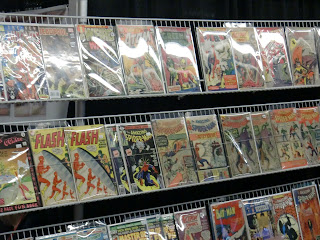 We had fun browsing, and one stand was selling old comic books for only one dollar each! We bought an old Battlestar Galactic comic to look through later. 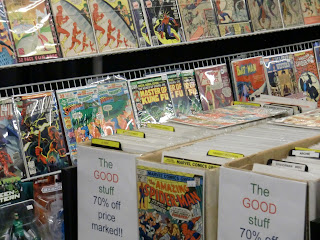 My sister, who runs a wonderful Etsy shop called Amlowi's Hat Shop, sells creative crocheted hats, some of which are sci-fi themed. She had a booth set up at the comic-con and her shop was a hit. 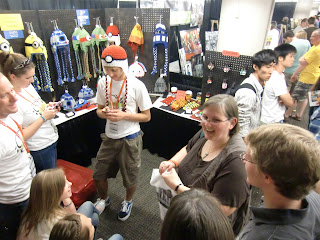 Here we are at my sister's hat stand, having fun with my sister and brother-in-law, as well as my two nieces and nephew.  My sister and her family live a couple of hours away and now that all of our kids are older, and very busy, we don't get to visit as often as we would like, so it was great seeing them all.  They spent the night at our house and we all had a fun time chatting and hanging out at the end of the day.

The highlight of the day was meeting the special guests.  We first stopped by Kathy Coleman's booth and got to meet her and get autographs and pictures with her. 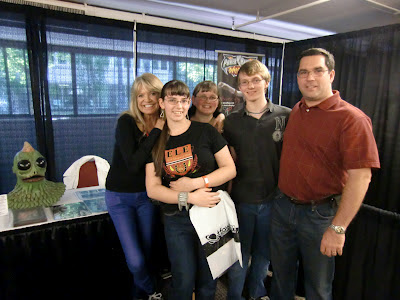 She was such a friendly person, you could definitely see the resemblance to her childhood character Holly Marshall. 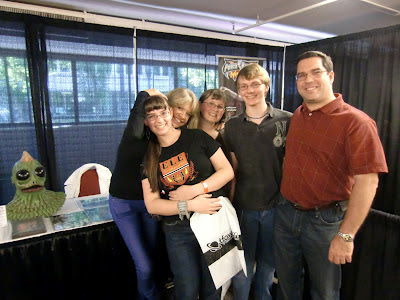 Here is the picture we got signed. 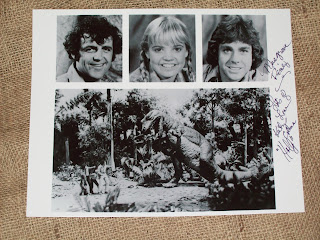 I also brought my original vintage view master Land of the Lost reels (one day I will really have to share about my vintage view-master reel collection) , I was so excited to have it signed! 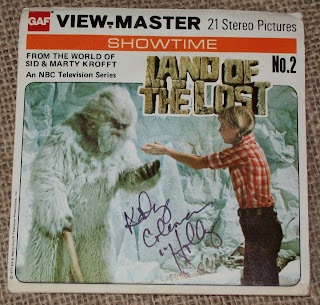 Here is a close up look at the Sleestak she had at her table. 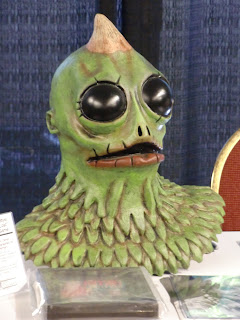 If you haven't seen the original you can find it at Amazon, the entire series set is a very reasonable price, and its a fun show to watch, one of our favorites! 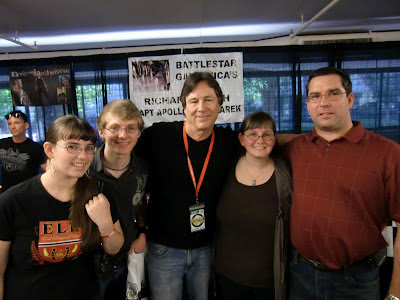 He was also very friendly, and we got our family pictures with him as well as an autograph. 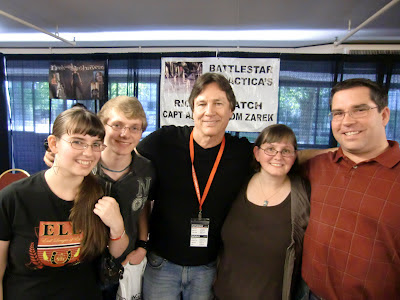 Here is our autograph, I chose a picture of him in black and white from the original show. 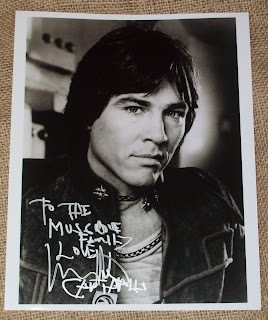 You can also find the original series of Battlestar Galactica on DVD at Amazon.


After meeting them in person we attended both of their interactive sessions.  Kathy Coleman told fun stories about filming Land of the Lost as a child, it was fun to hear. 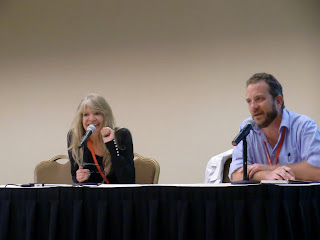 Richard Hatch is a very dynamic speaker and shared about his career as well as other interesting information. 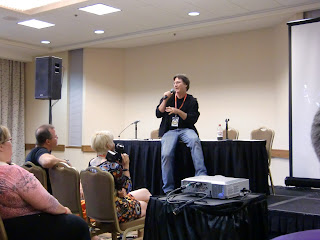 We all really enjoyed both of these sessions.  We also found out that Richard Hatch was leading a class on The Art and Craft of Acting, my son Joseph is in his school drama club, and really enjoys acting in the school plays. After hearing what a wonderful speaker Richard Hatch was, we thought it would be a fun class for Joseph, so Gary and Joseph drove back into town the next day for the class, which they both enjoyed very much.  Today Joseph will be auditioning for a role in the school musical Annie Get Your Gun, I'm sure he will bring with him some of the new things he learned in his class.

The Rose City Comic-con was an all around very fun and memorable day.  We all are looking forward to attending again next year!

Posted by April's Homemaking at 12:21 PM