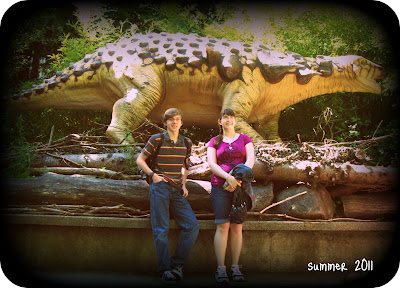 Every summer I plan a few different learning activities for my children. Some years I choose a historical period to focus on, some years I have chosen a science topic, this year, along with some Latin root word study to help with SAT prep, I chose to do a summer long study of The Lost World by Sir Arthur Conan Doyle. 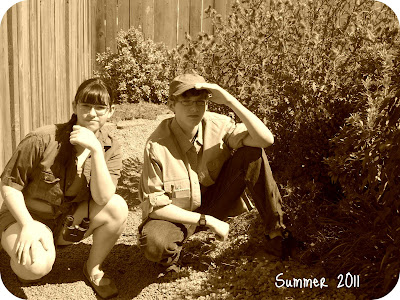 We had a lot of fun with this unit study, so I thought I would share some of the things we did. This would be a fun unit study for anyone who homeschools or afterschools older children. My children are 16 and 14 years old, and this was a good age for this book- the vocabulary in the book is very rich, and the book had many interesting things to discuss.

I decided to read this book aloud to Sarah & Joseph, one, because this book has quite a few words that I thought would be nice to hear read aloud, and when you read silently, you might tend to not work out the correct pronunciation, and two, because I hadn't read a story book aloud to my children since they were in Elementary school and, since they are growing up so fast, why not read them a story while I still can.

Here is a link to the copy of this book that I read at Amazon. I loved the old fashioned looking green cover!

In addition to reading the book, we also watched a fun old TV series from the 70's, Sid and Marty Krofft's The Land of the Lost. My kids loved this when they were younger, and I loved it when I was younger as well, but we had never finished the entire series. This summer we did, and it was very fun. Watching this series, added to our discussion about the concept of a "Lost World" , and how different people have interpreted that concept. Watching this classic series also brought up a lot of interesting discussion on how they did the effects back then before computers, and "CG". We learned a little about Chroma Key, the method they used to get a lot of the special effects. Learning about all the effort that went into special effects before computer technology, makes you appreciate the show even more. We also listened to some of the shows with the commentary turned on, from the now grown ups actors who played Will and Holly, it was very fun to hear them talk about what it was like to film the show. 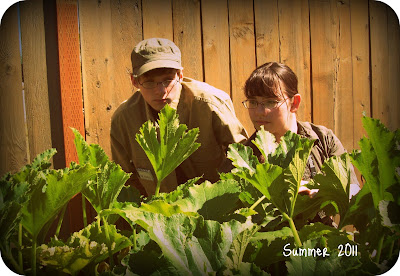 Just a side note, for those who have not seen The Land of the Lost TV series from the 1970's, please do not confuse this show with the movie that was recently made starring Will Ferrell. I was so excited when I heard they were making one of my childhood favorites into a movie. I was even excited that Will Ferrell, who I love from Elf, would be in it. I was horribly disappointed when I saw the movie, they added in many scenes completely inappropriate for children, they treated it all like a big joke, lots of inappropriate innuendos. What a way to wreck such a wonderful show!! I'll stick with the classic.

Here is a link to the classic series on Amazon.


The above link is the current release of the complete series, it is very reasonably priced, but doesn't have the same commentary available if you purchase the previously released individual seasons, so if you are interested in listening to commentary you will want to look into that more.

Both the book and the TV series brought up very interesting discussion of creation vs. evolution - as I have mentioned in my blog before, we are creationists. It was interesting having discussions about how evolution might be portrayed in different media.

The reading took longer than I thought it would and we still have a couple of chapters to go that we are still working on, this book is very enjoyable, the language is beautiful, the story is very interesting. I don't always love classics, sometimes they can be hard to get through, this book is not like that, you find yourself thinking about the characters and the storyline throughout the day.

We did some fun little projects during this study, one was a miniature volcano and we found a fun dissolving volcano at the zoo, that turned into a dinosaur- that was a fun summer boredom buster. The mini volcano was fun, especially after we decided to dye the vinegar bright red, and add a bit more baking soda than suggested, which made the "lava" slightly more realistic. 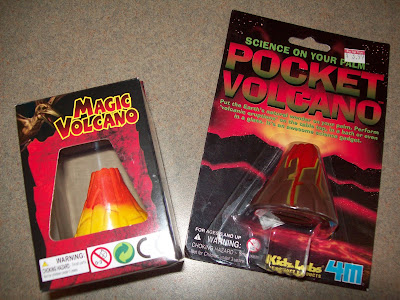 We had fun taking pictures out in the garden of the kid's posing as explorer's, as well as a picture of a dinosaur we found at the zoo. They were edited at Picnik.com in Sepia to look like a picture from The Lost world, and some were edited with a 1960's coloring effect to look like The Land of the Lost TV show. You can see these pictures throughout the post. 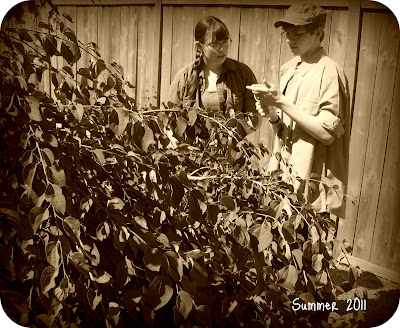 On a more studious note, the end of summer assignment was to write their own "Lost World" story. I was so pleased with how these turned out, both of the stories were completely different. One was written in journal form, the other was written as a short story, both were imaginative, and very descriptive. I purposely gave them very little direction, as I mostly wanted this to be a creative writing project. The only requirement was that it was a minimum of 3 pages (they both ended up writing more than this), and it was their own idea, and a story of a lost world found somewhere on our planet. 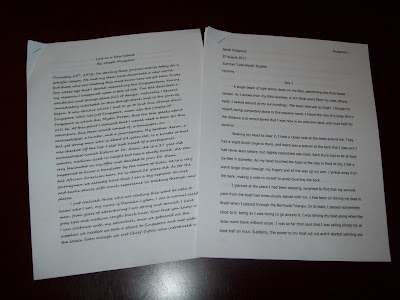 We had so much fun with this unit study, we are going to continue it into the school year, as weekend and after school enrichment. I would like to read, or at least watch the old movies of The Land that Time forgot, and Journey to the Center of the Earth. A viewing of Jurassic park might also be in order.

This literature unit would also go well with a study on dinosaurs and studying geographic locations mentioned, and historical accounts of real "lost" cities.

Doing a nature journal along with sketches would be a good practice, just like the scientists in the Lost World did.

There is so much fun you can have with this. This is a wonderful unit study for the homeschooler, as well as for after school supplementing. 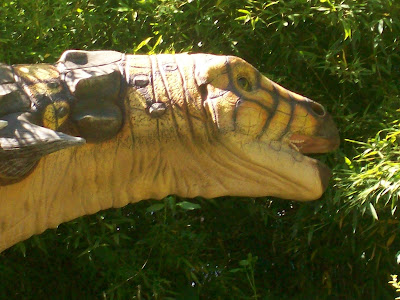 Posted by April's Homemaking at 6:12 AM

Email ThisBlogThis!Share to TwitterShare to FacebookShare to Pinterest
Labels: homeschooling