We are at the tale end of a very busy back to school week, full of various doctor and dentist appointments, last minute school supply shopping, and our first fall football game.  With our busy schedule I have fallen behind in my blog posts and fairy tale crafting, but hope to catch up as we transition into our fall routine.

The fairy tale that I have had in mind since our last beach trip is a very interesting tale that visiting Seaside inspired, it is a tale collected by the Grimm brothers called The Fisherman and His Wife. 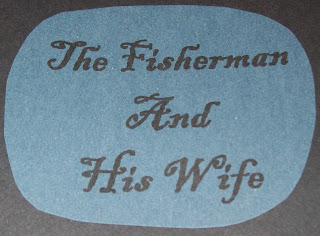 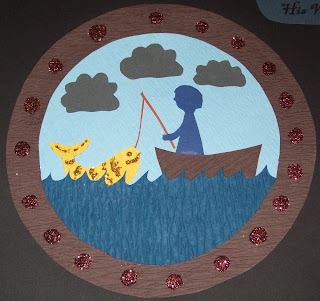 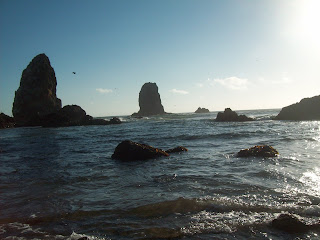 The next day the fisherman returns to the sea and summons the fish.

"Flounder, Flounder in the sea,
Prythee, hearken unto me:
My wife, Ilsebil, must have her own will,
And sends me to beg a boon of thee." (from the original Grimm's version of this tale)

A week or so goes by, and then the fisherman's wife becomes unhappy again.  She wants her husband to summon the fish again and asks this time for a castle.  After much nagging the fisherman agrees and once again summons the fish who grants his wish.  His wife now has her castle.  But she quickly becomes unhappy, and repeatedly nags her husband into summoning the fish for greater wishes.  After the castle she wishes to be king (or queen ), then emperor, then the pope, each time the flounder grants her wish, but every time the fisherman returns to the sea to summon the fish the sea becomes much rougher and stormy.

Even though the fisherman's wife is now the pope, she is not content.  When she realizes one morning that she does not control when the sun rises and sets, she has another wish in mind.  She wishes to be Lord of the Universe.  Her husband is appalled by his wife's requests, and begs her to be happy as pope.  She threatens and nags her husband until he goes to summon the fish.  When he arrives at the sea the storm is much worse, and the skies are dark, he summons the fish who asks what the fisherman's wife wants this time, and the fisherman tells the fish that his wife wishes to be Lord of the Universe.  The fish says "Now she must go back to her old hovel; and there she is."

And to this day that is where the fisherman and his wife are.

I loved this tale, perfect for teaching a lesson in contentedness as well as a cautionary tale to the nagging wife.

This is a picture that hangs in my parents-in law's beach house.  We all love this old sea captain picture, and it reminded me of this tale as well (even though he is a captain and not a poor fisherman).  He welcomes us to the beach every time we visit! :) 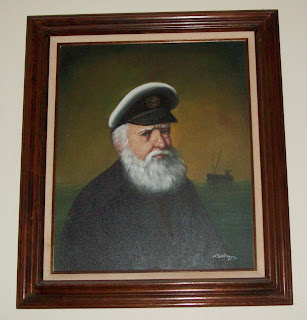 For this fairy tale's craft, I originally wanted to sew a golden fish, but I didn't want to leave out the fisherman, so instead opted for another page in our fairy tale scrapbook.  I decided it would be fun to make the scene as though one was looking at it through a ship's porthole.  Here is how it turned out. 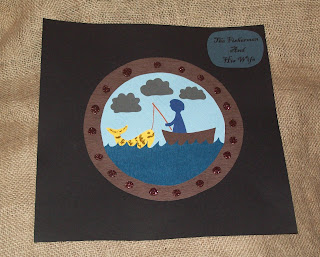 I am looking forward to getting more fairy tale crafting done over the next couple of weeks and have quite a few in mind to work on.  I really enjoyed our beach trip, and our whole summer, and am now looking forward to the new school year.  I hope everyone has a nice weekend!

You can read about our recent trip to the beach in my post Flying a Kite and Exploring Tide Pools.

Posted by April's Homemaking at 12:10 AM