I have been excited to share this next fairy tale since I began this series- for week #17 I have chosen to share the tale called - The Precious Gift.

The Precious Gift was a tale that was included in my Book of Classic Fairy Tales by Eric and Lucy Kincaid, and is probably right up there in my top five favorite fairy tales.  It took me a little while to find the background of this fairy tale, as it goes by many names, and has origins in many countries.  It is similar to the story called Cap O' Rushes from England, The Most Indispensable Thing from Germany, and even one called The Dirty Shepherdess from France, there were also tales from Italy and Austria and probably more. As is often the case with fairy tales, which were often stories passed own orally, before they were collected into books, there are many variations from many different sources.  I however, will stick with the one I heard growing up entitled- The Precious Gift. 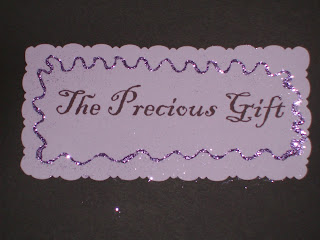 The story begins with a King and his three daughters, they were all beautiful and clever, and the King was having a difficult time deciding which one would be the queen.  So to help him choose, he decided to request a gift from each of his daughters, whichever daughter brought in the most precious gift would become the queen.

So each of his daughters chose a precious gift, and brought it to the king.  The eldest daughter brought the king a beautiful silver bird cage with a wind-up singing silver bird inside.  The king was very pleased with this gift.  The second daughter brought the king a robe of the finest silk, the king also thought this was a very precious gift.  The third daughter presented the king with a tiny china bowl, when the king lifted the lid of the bowl to see what was inside, he became furious and smashed the gift to the floor, and shouted to his youngest daughter "How dare you bring me common salt!" 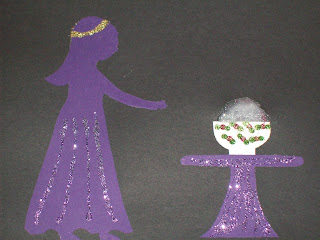 The youngest princess tried to explain, but her father was so angry he banished her from the kingdom. 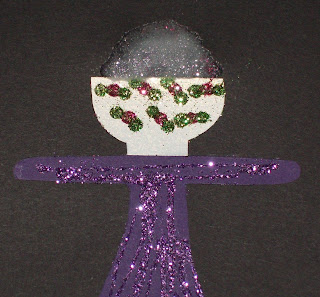 The youngest princess wandered sadly until she came to an inn, she begged for a place to stay, and since the inn keeper had no idea she was a princess, he sent the young girl to work in the kitchens to earn her keep. The cook was a kind old woman, and taught the princess everything she new about cooking, when the cook became too old, the princess took over most of the cooking.  The young princess's  food was well known to be very delicious, and everyone enjoyed dining at the inn.  Soon the king came to hear about this wonderful cook at the inn, and insisted that she come to work at the castle, and so the young princess went to work in her own father's castle kitchens.

Soon the day came for the eldest daughter to be married, and a large banquet was being prepared for the occasion.  The young princess along with the entire kitchen staff made a beautiful meal, the young princess was in charge of preparing the King's own meal.  The banquet was served, and everyone was waiting for the king to take the first bite, but when he did he was displeased, every dish he tasted was horrible and tasteless.  The King ordered the cook to be brought to him.

The youngest princess, who the king didn't recognize, came and stood quietly in front of the king.  The king yelled at the cook, and asked why there was no salt in any of the food, and how he was furious that the banquet was ruined.  "How could you forget something so important as adding salt to the food?"  The King yelled.

The girl responded " A long time ago you banished a daughter because she gave you the gift of common salt."

The king remembered, and he had been very sorry since, he looked closer at the cook, and finally recognized his daughter, he embraced his daughter, and asked for her forgiveness.  He said that her gift really was very precious and he was just too foolish to notice.  Of course the daughter forgave her father, and then she had the servers bring out new food that she had already had cooked and waiting.  The king was happy to have his daughter back, and the princess was given her rightful place in the palace.

I am not sure exactly what it is about this story that I love so much, I do love that it shows how the simple things in life are often the most important.  I also love that in the end she has reconciled with her father, and she is given back her rightful place in the kingdom.

I had fun creating a page for my fairy tale scrapbook for this story.  Here is how it turned out. 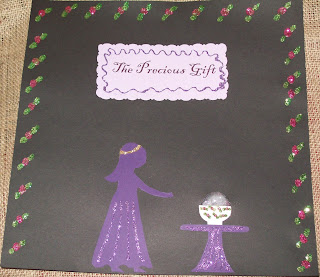 Originally I wanted to add the king to the page as well, but I still need practice drawing the king outline, and each one I tried didn't look quite right, so I decided to skip adding the king.  I gave the china bowl a little floral pattern, and then repeated that pattern in the boarder.

I hope you will all remember this wonderful little fairy tale next time you reach for the salt. :)

Posted by April's Homemaking at 10:07 PM