Sorry for my delay in posting my fairy tales, many are in the works, but we have found ourselves a very busy family this October.  :)

I am excited that it is the month of October, and have a couple special tales that I look forward to sharing closer to Halloween, for now, however, the pumpkin in this next classic tale, is my nod to October.  The tale is Cinderella, and is one I grew up hearing a lot. Most people are familiar with this tale, especially the classic Perrault's version, there are many other versions, as well as modern remakes.  I will share the version I grew up hearing along with some of the variations I remember. 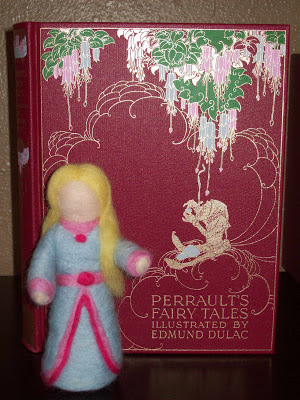 The story starts with a wealthy widower and his daughter, his daughter is a good and sweet tempered girl. Her father re-marries a very selfish and prideful woman who has two daughters who are just like their mother; horrible. The new wife and daughters are jealous of the sweet tempered daughter, and force her to do all sorts of chores and hard work.  In the evening, when the girl was done with her work, she would sit by the fireplace and was always covered in ashes, so her step mother and sisters called her Cinderella.  In some versions the father dies at this point in the story, in other versions the father is still alive, but Cinderella does not tell him of the abuse she suffers from her step mother and sister's.

One day it is announced that there will be a ball at the palace, and all the young ladies of the kingdom are invited so the prince may choose a wife.  The step-sisters are very excited, and force Cinderella to spend the day getting them ready for the ball, fixing their hair, and helping to prepare their gowns.  All the while, the step sisters taunt Cinderella, and tell her that maids cannot go to the ball.  ( in the Disney version, she has permission to go, and the mice help to fashion her a gown from one of her mother's old gowns, but then at the end the step mother accuses Cinderella of stealing a sash and beads, and tells her she cannot go)

(Here are my little Disney Cinderella mice, I love the mice in Disney's Cinderella!) 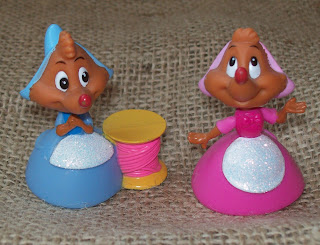 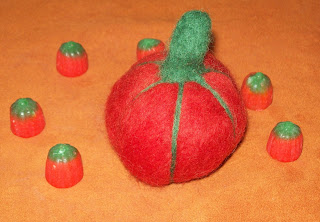 When Cinderella brings back the pumpkin the fairy godmother turns it into a beautiful coach.  She then sends Cinderella for various little critters, mice are turned into the horses, a rat for the coachman  and lizards for the footman.  Lastly, Cinderella needed a dress for the ball, so the fairy godmother touched Cinderella with her wand, and her rags turned into a glorious dress, and on her feet beautiful glass slippers.  (In the Disney version we have the wonderful Bibiddy-Bobbity-Boo song during all of this transition) 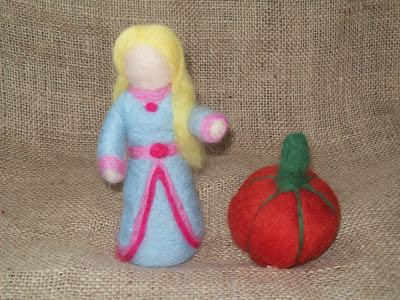 The fairy godmother issues a warning, that Cinderella must return home by midnight, as that is the time the magic will wear off, and everything will go back to normal.  So Cinderella agrees, and off she goes to the ball.

When she arrives at the ball, the Prince thinks she is beautiful, and spends most of the evening dancing with Cinderella.  Everyone at the ball, including  Cinderella's step mother and sisters, wonder who this beautiful girl is.  In some versions, she returns home on time after having danced the night away with the prince, and there is another ball the following night, in others versions there is only one ball.  At the end of the ball (or last ball), Cinderella has lost track of time, as she is so enjoying time with the prince.  When the clock strikes midnight, she runs off, leaving behind one of her glass slippers, which luckily didn't disappear when the magic wore off.  The prince picked up the glass slipper, and vowed to find the woman who the shoe fits, and marry her.

The next day the Prince's servants went throughout the land trying the shoe on all the ladies, when the servants arrived at Cinderella's house, Cinderella watched as her sisters tried the slipper on.  (In a darker version, I think from the German Grimm's version, the step sisters cut off part of their feet, one her toes, and one her heel, to try and make the slipper fit.  I remember reading this version as a child, as well as the less gruesome Perrault and Disney version.)  When the slippers don't fit the step sisters, Cinderella asks if she might try on the slipper.  The Step mother and sisters are shocked at Cinderella, and make fun of her, but the servants see that Cinderella is a sweet and beautiful young woman, and as they were instructed that all women in the kingdom try the shoe on, they let her try on the glass slipper.  The Slipper fits perfectly, and then Cinderella pulls the other glass slipper out of her apron pocket as further proof.

The moral of the story being that although beauty is a treasure, being gracious is priceless and worth much more, certainly much more than fancy dresses and beautiful hairdos. And another moral Perrault mentions is that " it is a great advantage to have intelligence, courage, good breeding, and common sense, talents which come from heaven".

In the German Grimm's version, the step-sisters don't get off quite so nicely, and in the end have their eye's pecked out by birds and are blind for the rest of their life as punishment for their wicked ways.  I have seen other versions where the step sisters and step mother are punished but not so harshly, like being made to do chores.

What do you think is a fitting end for the step-sisters and mother?

I have always enjoyed this story, all versions, including the Disney version.  I think it is a nice tale, with interesting lessons.  I just heard they are releasing Cinderella from the Disney vault, this time on Blu-ray as well, sigh, I so do not want to think about Blu-ray, I still have a few lingering VHS videos that I must replace with DVDs while they are still in print.  Thankfully they are putting it out on regular DVD as well, at this time, I have no intention of switching to Blu-ray! :)

Another movie based on Cinderella that I have enjoyed, is Ever After: A Cinderella Story, starring Drew Barrymore as Cinderella and Angelica Houston as the stepmother.  The movie is set in renaissance era France and is an interesting version, it is rated PG-13 so it isn't for younger children, but it is a nice historical fiction, romantic, and adventurous tale for more mature viewers.

For my craft, I decided to needle felt Cinderella in her ball gown, she stands along side a needle felted pumpkin waiting to be turned into a coach. 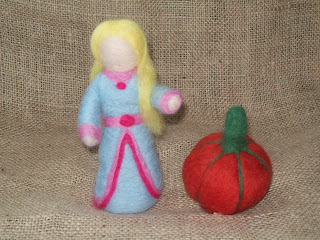 I hope everyone is having a nice October!

Posted by April's Homemaking at 11:26 AM