It was a Dark and Stormy... Homecoming!

This past week we heard the reports that rain was on the way.  We got out to the garden and did some quick clean up while the weather was still sunny.

We had a nice little mini bonfire from the lavender twigs that we finally finished digging out of our very over grown lavender bed.

I enjoy bonfires, watching the fire dance is mesmerizing. 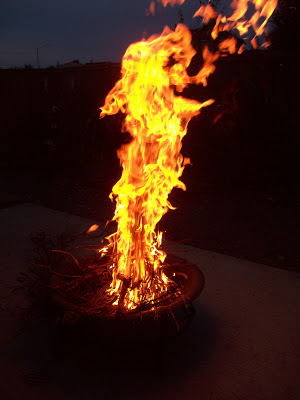 The twigs were fairly dry so the fire burned down pretty quickly, we thought we would smell more lavender but didn't really smell it much until the end, when we added a few branches that still had lavender buds attached. 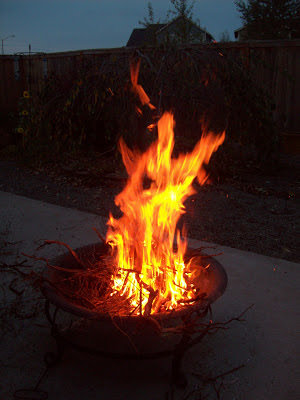 I love sitting around fire in the fall, and hope to have at least one more bonfire before winter gets here. 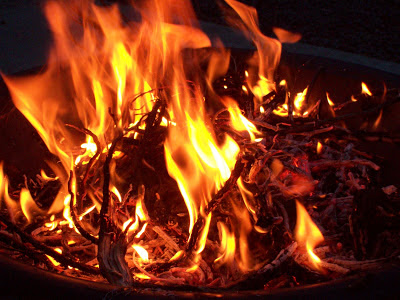 We finished our garden clean up and bonfire just in time, and the rain arrived.

This weekend was Homecoming weekend, the weekend started off with a fun little parade through town.

Led by a firetruck, the different classes and clubs rode on their various floats. 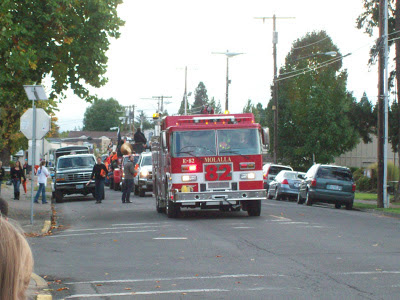 The football team road through as people cheered them on. 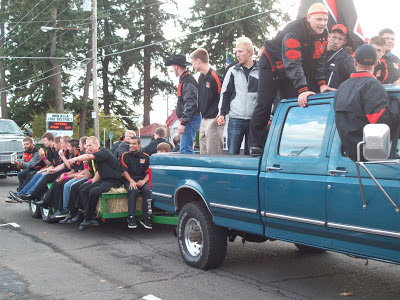 The FFA and their bright red tractor. 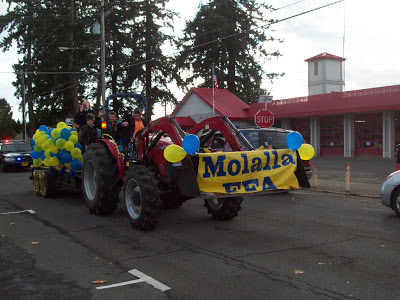 Sarah walked in the parade with the schools "Green Team", instead of a float they chose alternative methods of transportation and walked, biked, and skateboarded through the parade. 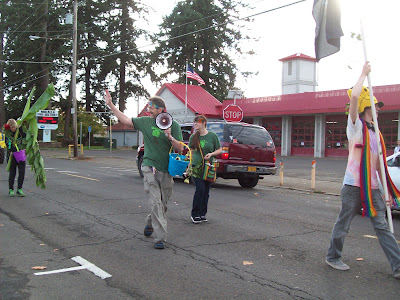 A few hours later we were on our way to the game, and the rain really started pouring.  The Socialaires kicked off the event by singing the National Anthem, Joseph has really enjoyed being in this choir this year, and they all did a really nice job singing in the rain. They were huddled up in their coats until just before it was time to get out and sing.  Thankfully, although it was wet, it wasn't too cold. The kids had to keep their paper banner close to the ground, the wind was trying very hard to rip it apart, but it stayed intact and the football team ran through it to start the homecoming game. 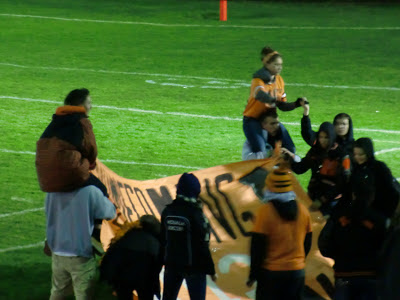 It was very difficult to get any clear picture, my camera wouldn't focus at all, but Gary's camera was able to get a few good shots.  We wanted to try and capture the total downpour that was going on through most of the game.  You can kind of see in the picture below.  The rain was coming down in sheets, being blown sideways by the wind. 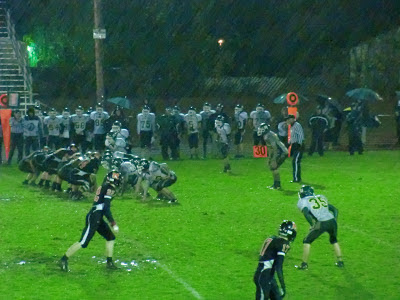 All of the rain was in some way very energizing though, and it was one of the best games I have ever been to.  Our team made some amazing touchdowns, the crowd was cheering, it was a wonderful homecoming game.

You can see the puddles of mud forming under the players. 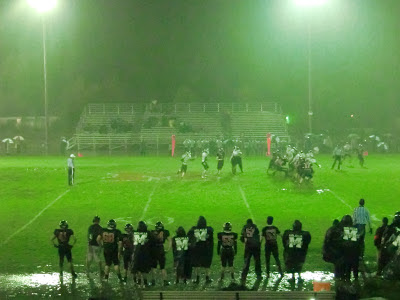 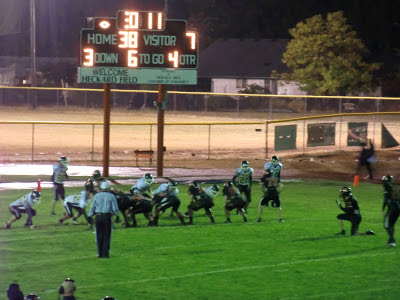 Saturday the kids got all dressed up for the homecoming dance, and had a very nice evening.  Homecoming is such a neat fall tradition.

Hope everyone is having a nice Monday.  I will leave you with this stunning sunrise that we had the other day, such a beautiful pink sky! 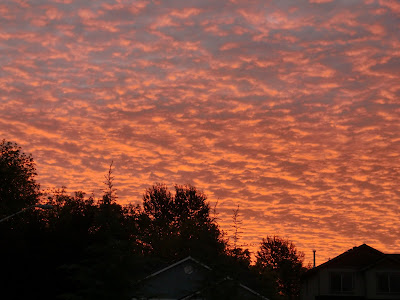 Posted by April's Homemaking at 9:55 AM