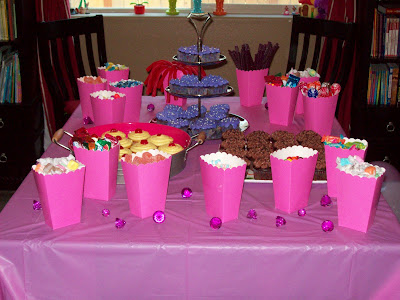 Yesterday my daughter had a few of her friends from school over to celebrate her upcoming 16th birthday. I mentioned in a previous post how much we enjoy watching cupcake wars, a fun show on the food channel where different cupcake bakeries compete to see who will win and have their cupcakes featured at some fancy event, as well as money for their business. Sarah and I have a lot of fun looking at all of the beautiful designs and flavors they come up with. For her party we had fun working on cupcakes together, as well as a fun candy buffet to go along with the "Sweet" sixteen theme.

To keep it simple we still used boxed cake mixes, and we only make one of the frostings, the rest were prepared. This way we could focus more on the fun of decorating. Because we stuck with a simple plan, these fun cupcakes could easily be made by anyone. For piping frosting I like to use a ziploc bag, I just cut out a small section of the bottom corner, and use a coupler to put on the tips, much easier to clean up. 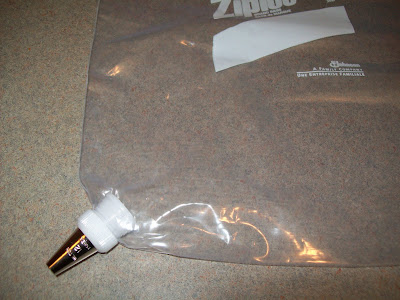 We made this chocolate cupcake, with chocolate sprinkles using a star tip. 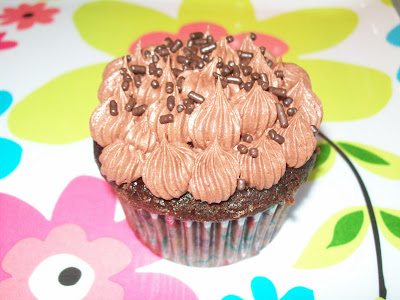 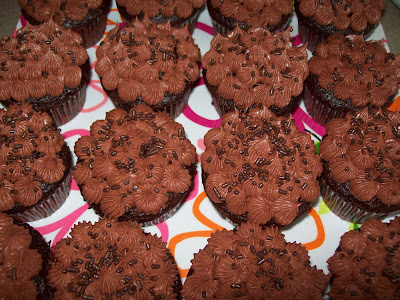 We made this lemon cupcake with a basic large round tip,some yellow sprinkles and a cherry in the middle. 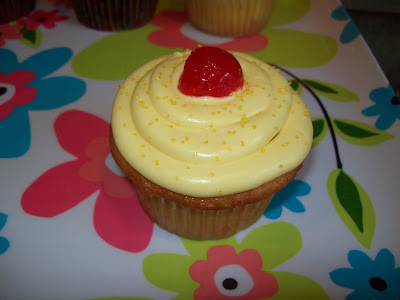 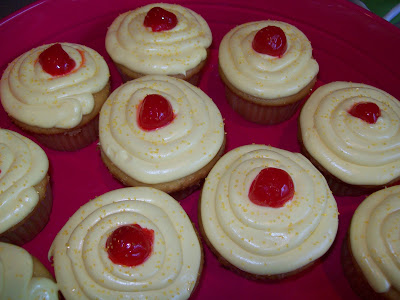 This cupcake is a vanilla cake, with homemade vanilla frosting, colored with Wilton Violet food color gel. We went with the star tip on this one as well, and used little candy pearls on top. as well as purple sprinkles. (Purple is Sarah's favorite color) 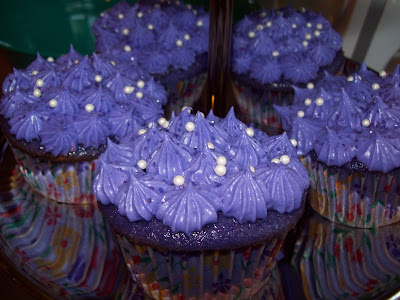 We put out the cupcakes on fun serving pieces, and surrounded them with lots of colorful yummy candy in these great little containers that we found in Walmart's party section, and scattered some pretty purple "gems" around that. We set out plastic bags so guests could takes home as much candy as they liked. 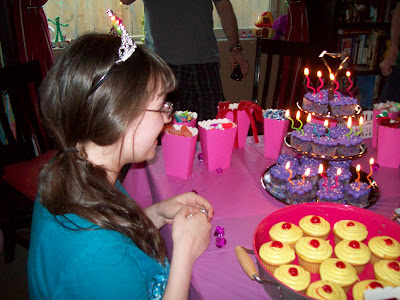 For some silly fun, we found a "Balloon Drop" Bag, filled it with balloons, and hung it on the ceiling, it was pretty fun watching all of the balloons fall down. 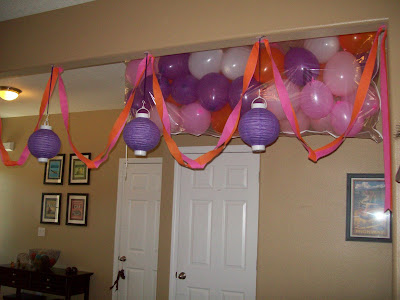 For a fun activity, we put together a photo scavenger hunt. There were not enough kids for two teams, so instead of the focus being on competition, the focus was on how creative they could make the pictures. We printed out a map of the neighborhood, and marked the correct area, then made a list of twenty items, things like stop sign, mail box, various items at the park, as well as prompts like create a dramatic scene. The rules being that at least one person had to be in each picture, and everyone had to be in at least two of the pictures. The pictures came back great! 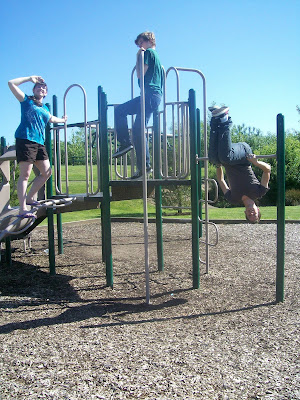 The day was very nice, a perfect kick off to the holiday weekend! Now I'm off to get the house back in order for Monday's Fourth of July BBQ. Hope everyone has a great weekend!


Posted by April's Homemaking at 7:57 AM