We have had some fun summer activities this week. On Sunday we went to the movies and then went shopping to get a jump start on school supplies. Then on Monday we took the kids on a surprise trip to the bowling alley, which was also a lot of fun.

In the garden I brought in the first bunch of zucchini, and we enjoyed it tonight with Mexican Potato Layered Casserole, which is a modified version of my Au Gratin Potatoes http://aprilshomemaking.blogspot.com/2011/04/au-gratin-potato-casserole.html

Here are our first zucchini. 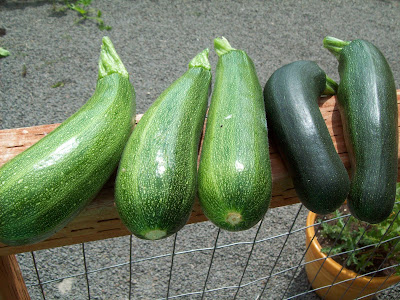 Here is my step by step recipe for Mexican Potato Layered Casserole.

In a bowl mix soup with 1 can of milk and half a can of water, set aside.

In a large casserole dish or baking pan (10 x 13 should be good), sprayed with cooking spray, layer one layer of potatoes as shown below. 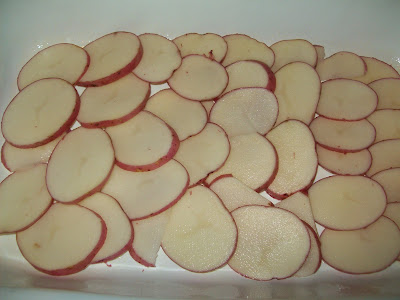 Then add half of the beef in a layer on top of the potatoes as shown. 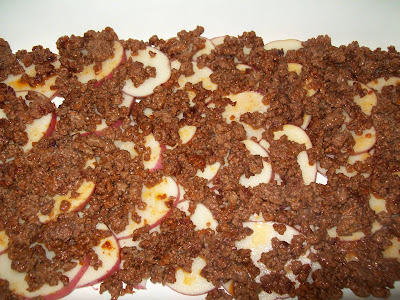 Then evenly pour over half of the soup mixture, sprinkle a layer of half the cheese, and top with half of the chopped scallions- as shown. 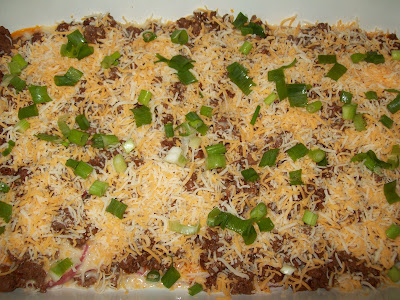 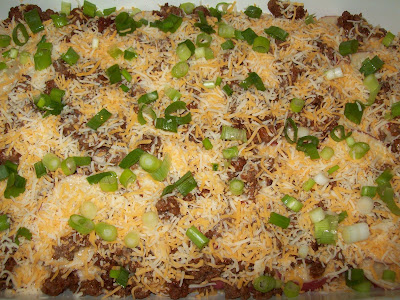 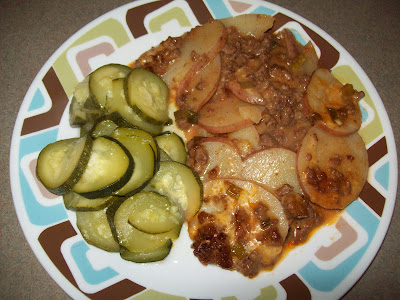 Looking forward to harvesting lots of fresh veggies for the rest of the summer, hope everyone is having a wonderful week!

Posted by April's Homemaking at 11:05 PM