I hope everyone had a nice Mother's Day weekend. :) I had a very nice time hanging out with my family and extended family. Church was nice, we had a baby dedication and it was fun to see all the cute little babies with their parents.  On Saturday the whole family helped with chores so at the end of the day I wanted to make a fun meal. I made some delicious individual Sausage and Kale Hand Pies served with a salad and refreshing sparkling limeades. Here's how I made them. 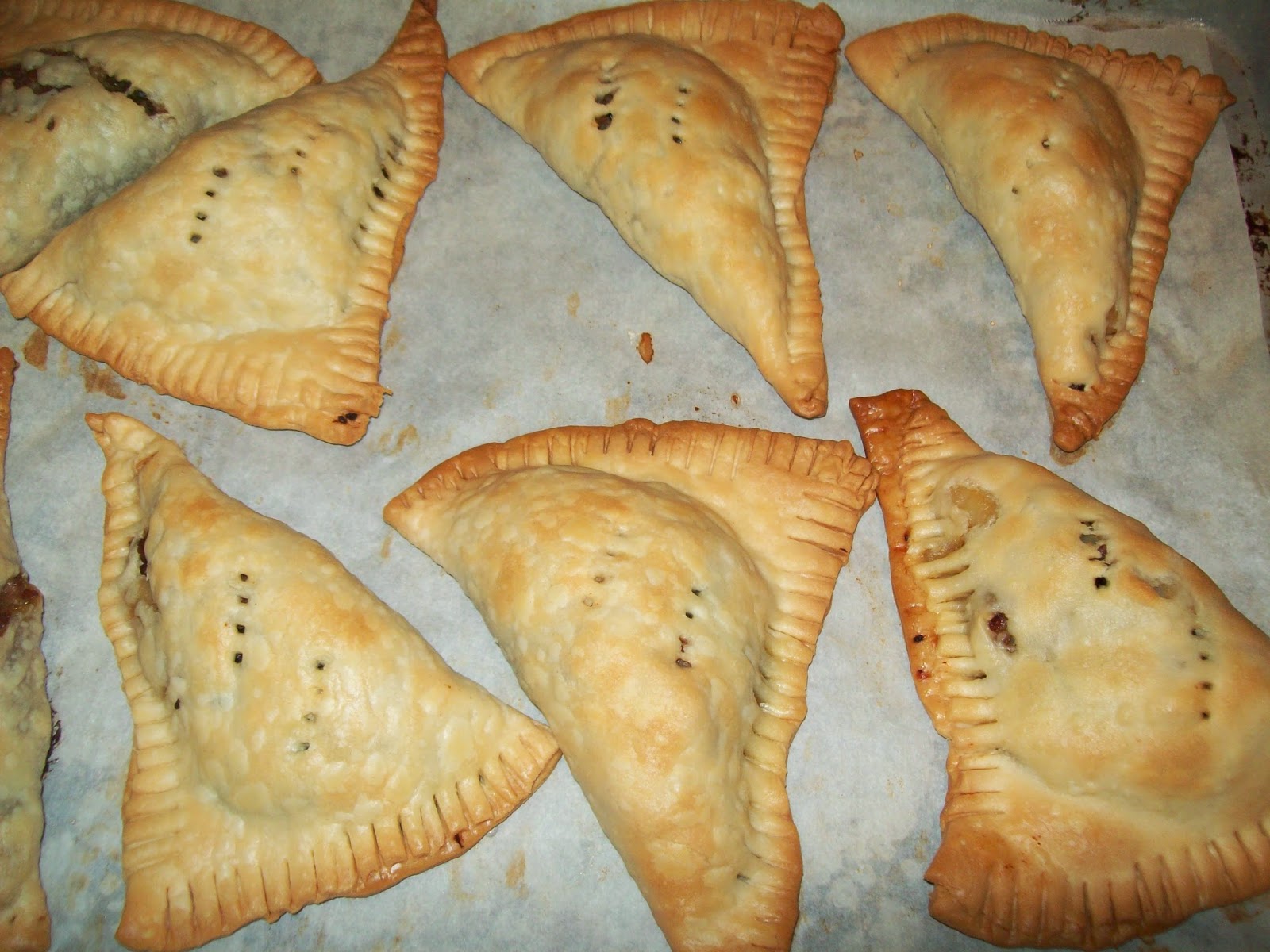 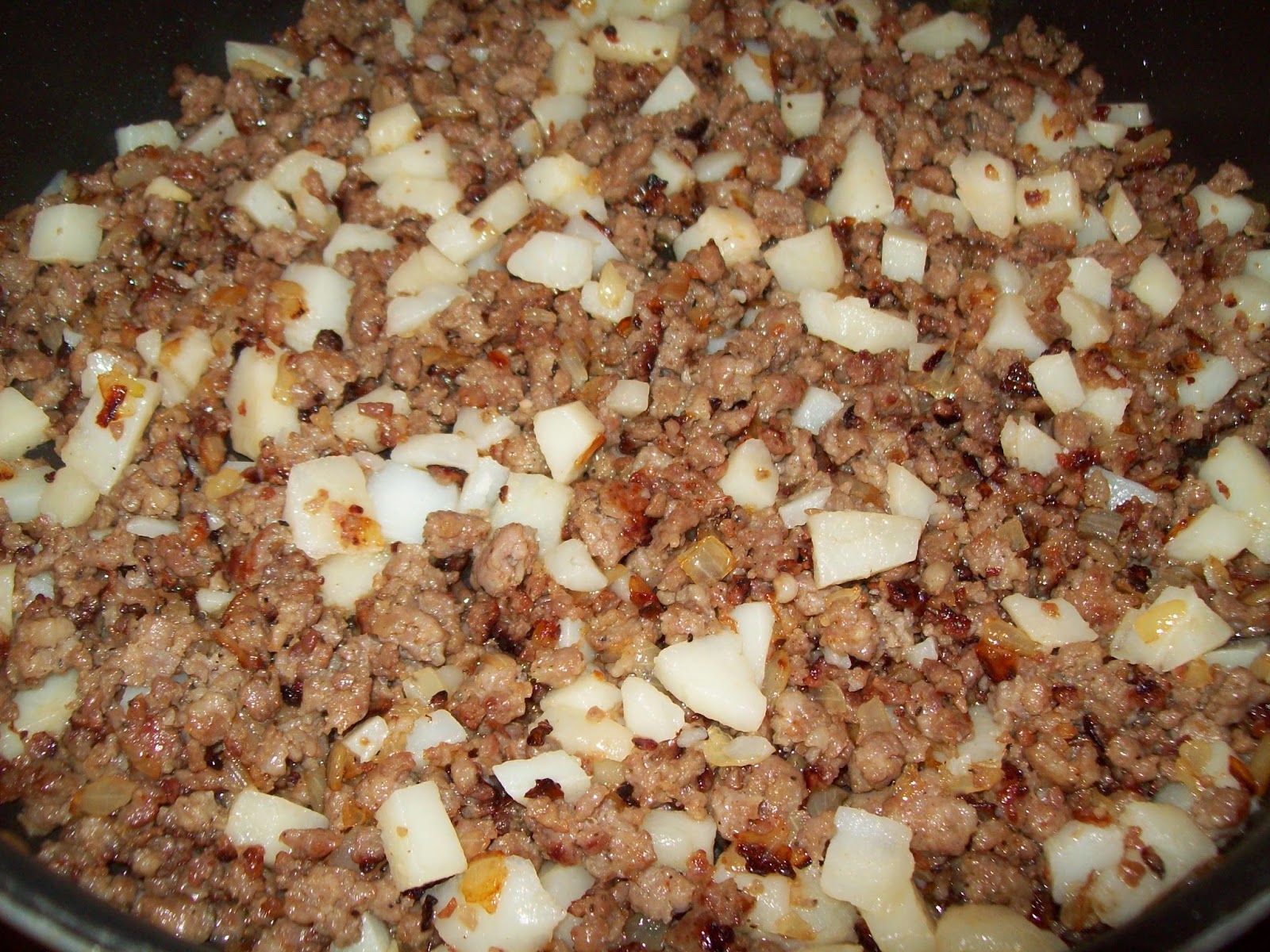 Start with a little olive oil in a large frying pan, and saute onions until they are translucent, then add the sausage and scramble until fully cooked, making sure to break it down into smaller chunks. When the sausage is nearly done add in your two to three red potatoes (fully cooked, peeled and diced) I used potatoes I had left over from another meal, I always boil extra to have on hand, you could substitute Russets or Yukon. Then add a little salt and pepper to taste. Stir around to incorporate the potatoes. 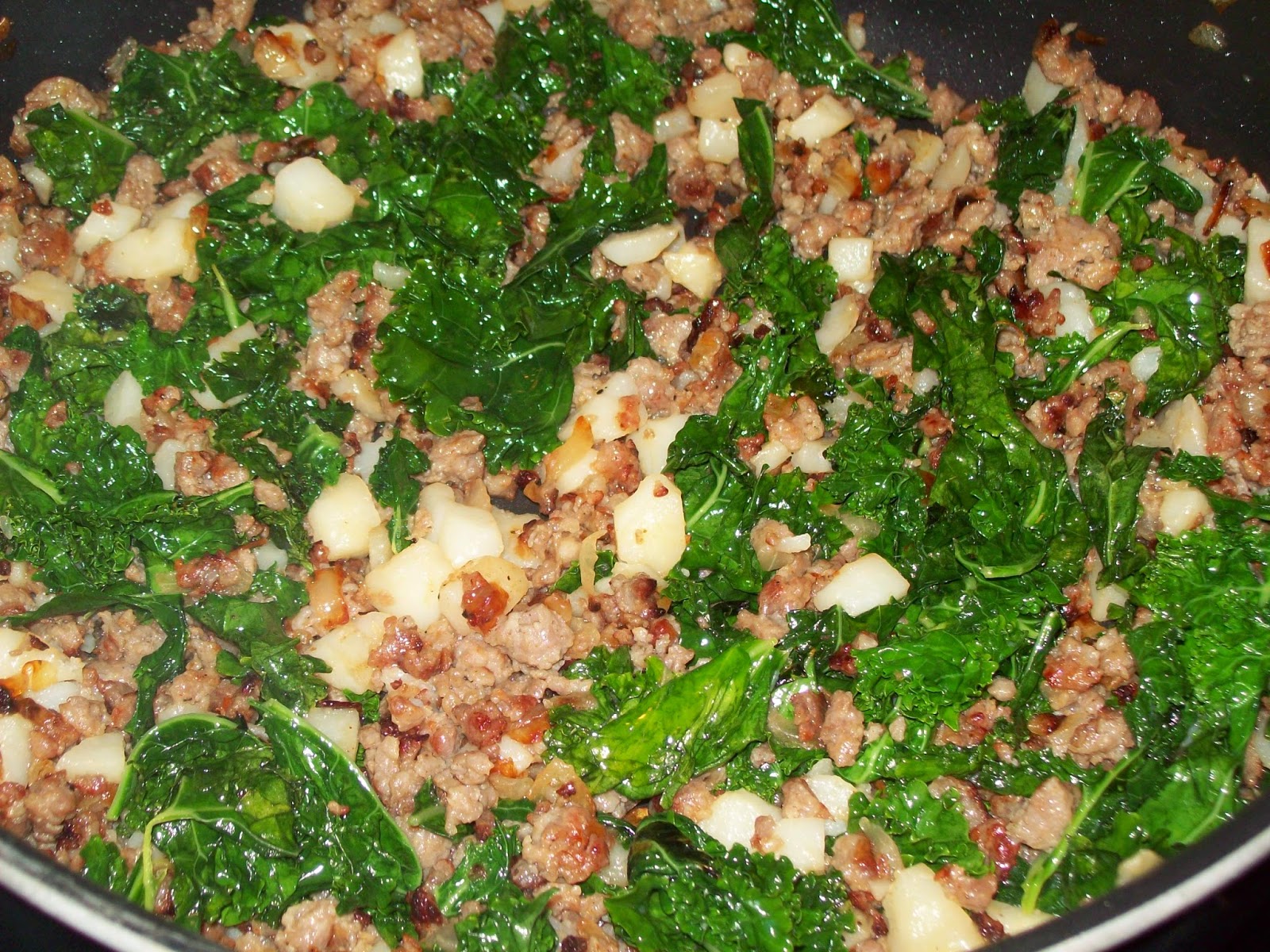 Next add the Kale to the skillet, stir it around and let the Kale steam down, I added half a cup of water at this point, to help steam down the Kale, you could put a lid on the skillet to help the Kale cook through, but be sure and stir often so the sausage doesn't burn. When the mixture is thoroughly cooked, and any extra water that you added to steam the Kale fully steamed away, remove from heat and set aside to cool down a bit.

Unroll pie crust, or in the case of a fresh made pie crust, roll out into two equal sized circles. Using a pizza wheel cut both pie crust into four quarters. When the filling has cooled down a bit (if it's too hot it will melt pie dough), lay down one of the pie quarters onto the parchment, have a cup of water nearby, and brush on a thin layer of water around the edges of the pie crust, you can just use your fingers, just enough water to help the crust seal. Scoop about a quarter of a cup of filling and put it in the center of the crust like shown below. Then lift and fold over, pressing the edges together to form a triangle. 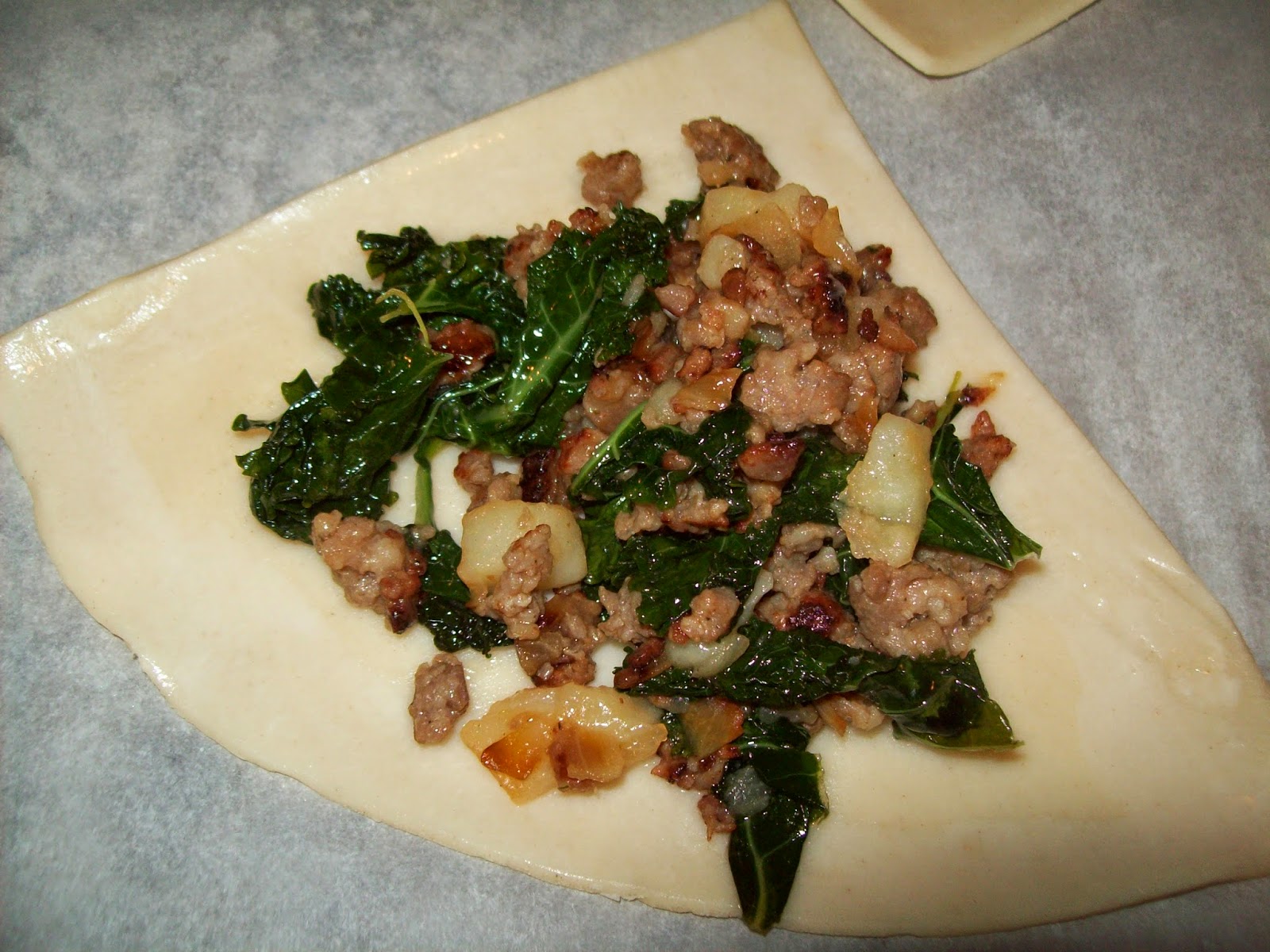 Using a fork press down around the edges to completely seal the pie. 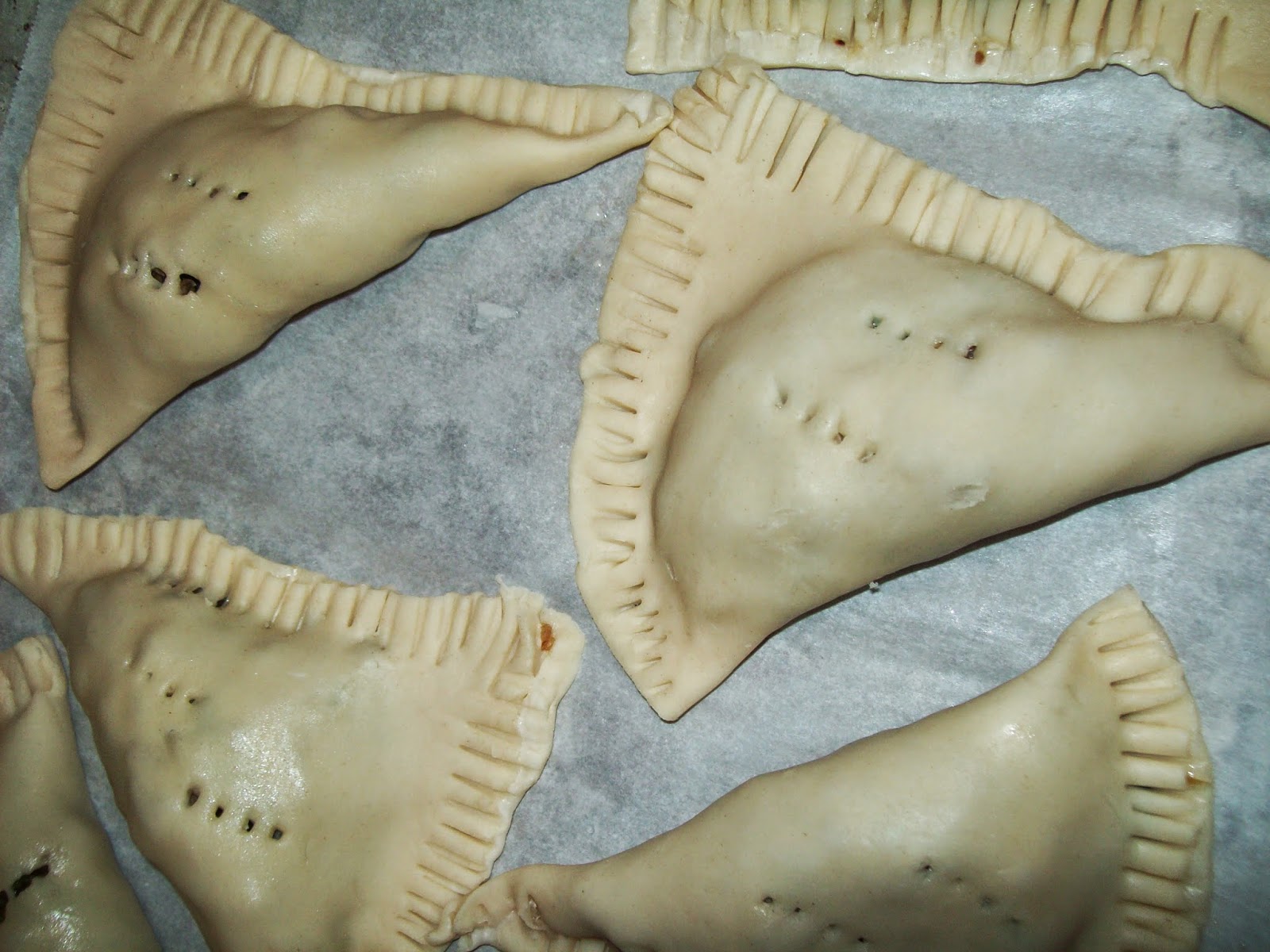 Prick the top with a fork a couple of time to create a vent. Complete all eight and arrange them on baking sheet. 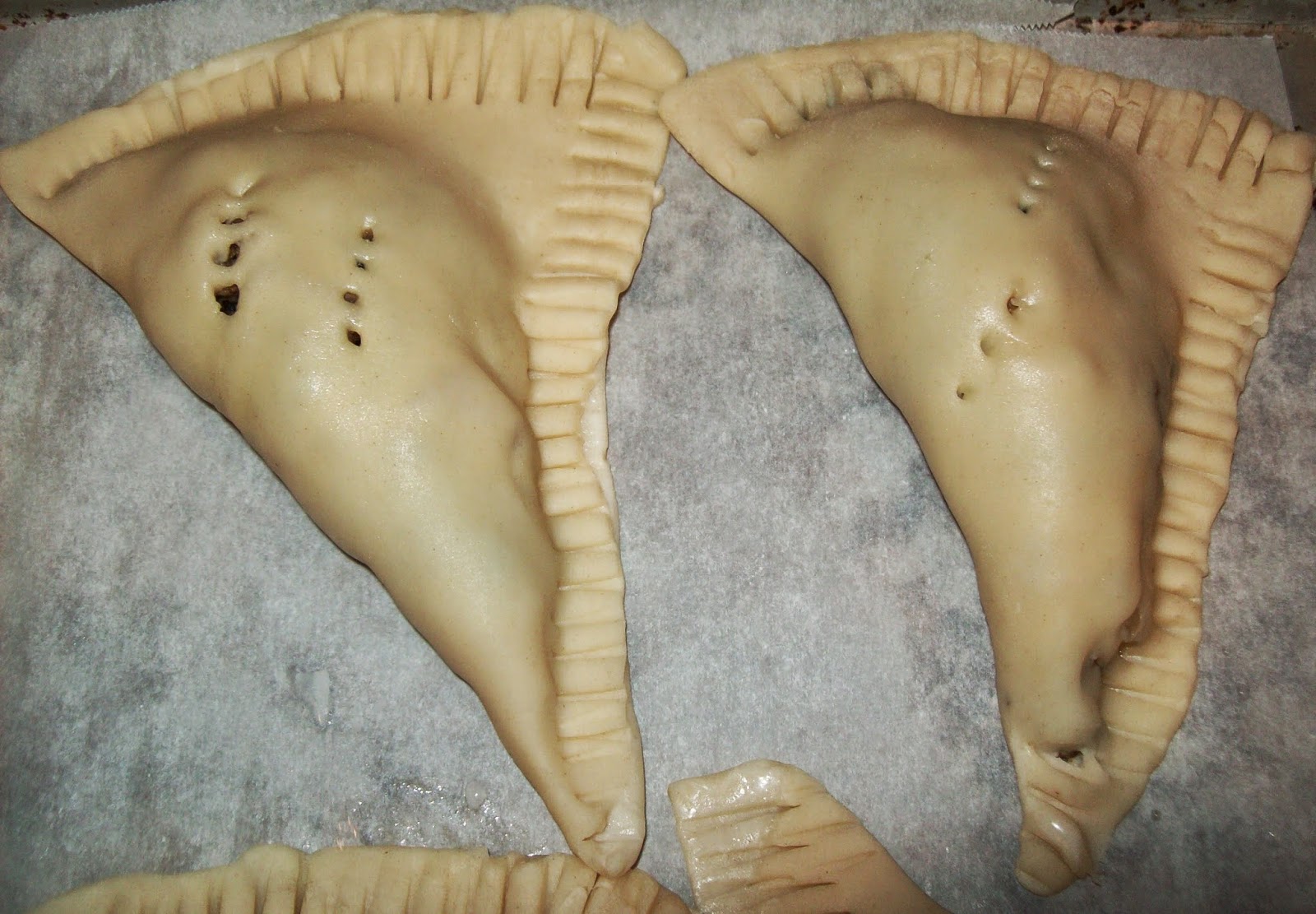 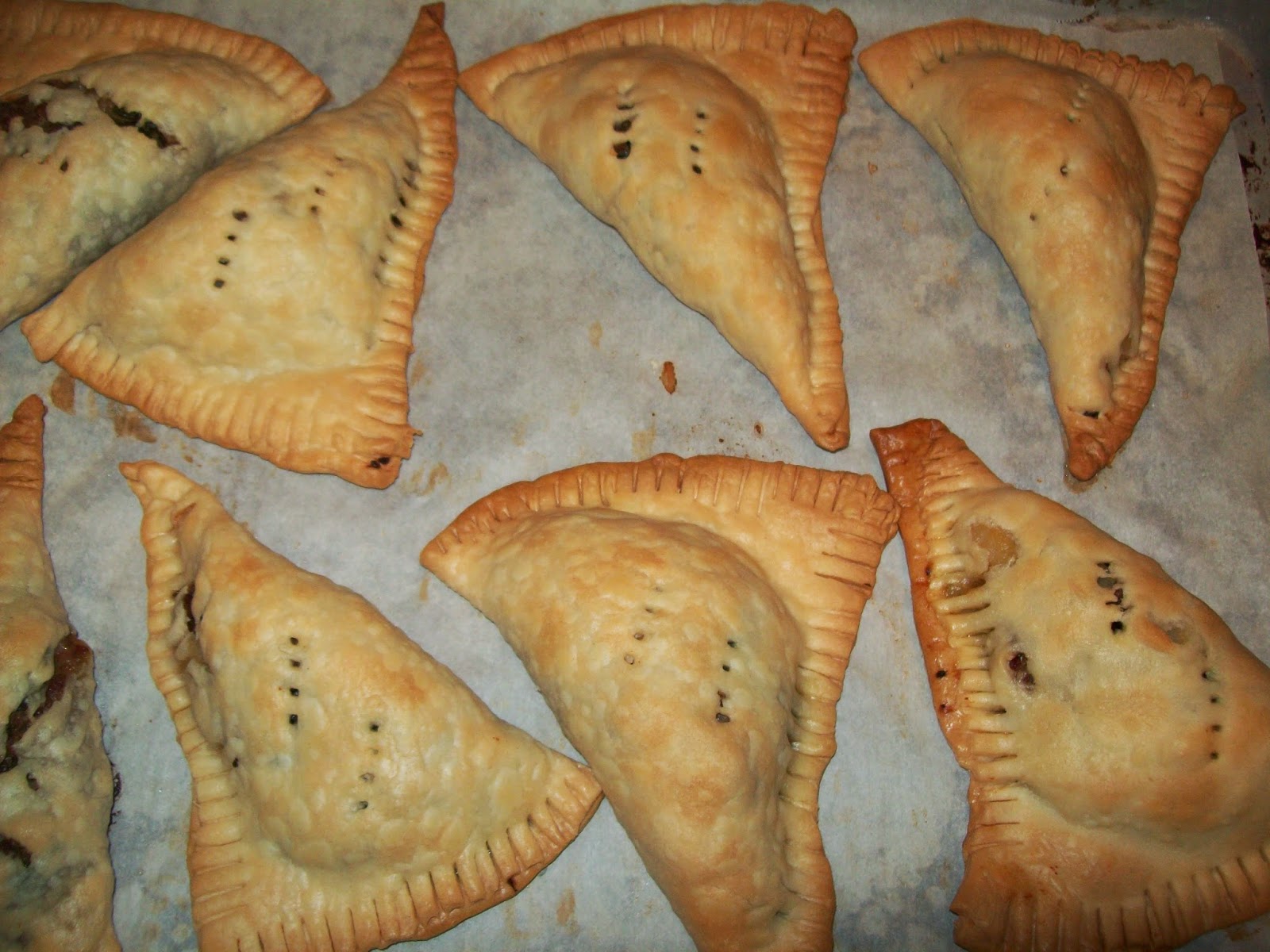 These are delicious and savory, I served these with a simple green salad. You might also enjoy my Sausage, Mushroom and Potato pies . 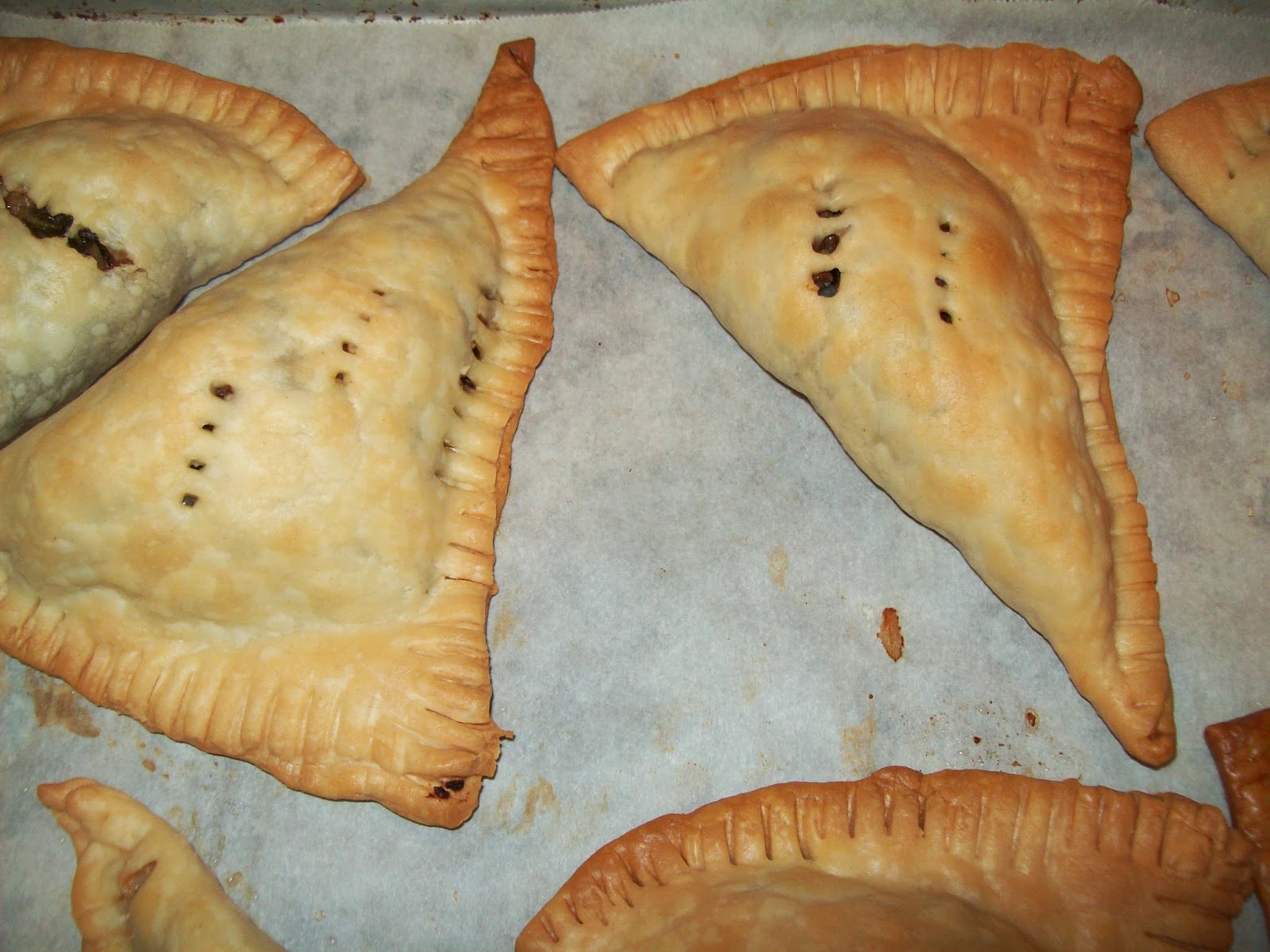 Since it was Mother's Day weekend I wanted to make one of my favorite beverages for dinner, sparkling limeade. You will need lemon lime soda, some prepared limeade either the bottled variety ( I love Simply Limeade) or prepared from frozen condensed, and some maraschino cherries, sometimes I also have fresh slices of lime as well. 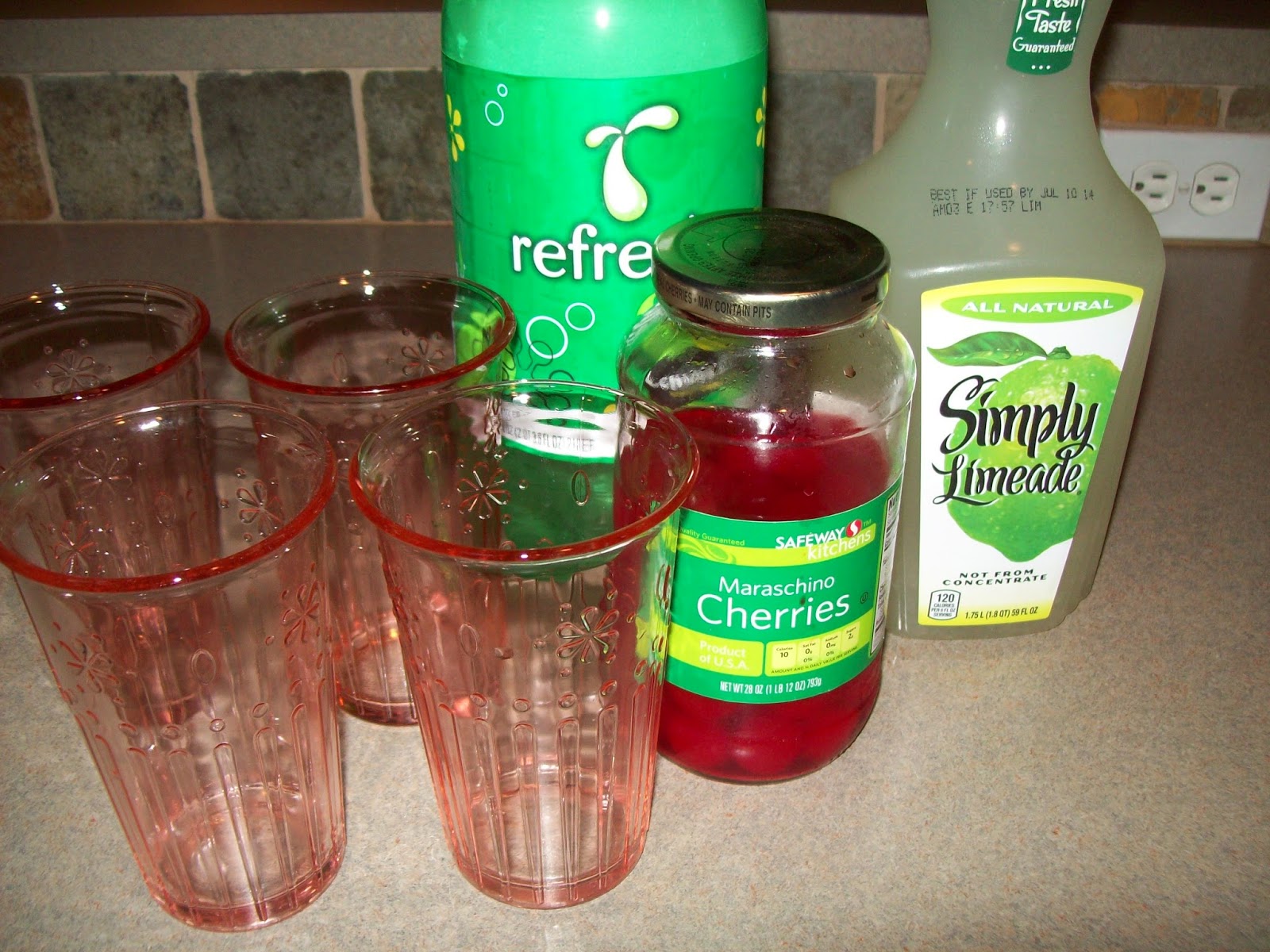 Fill glass about a third of the way with ice cubes. 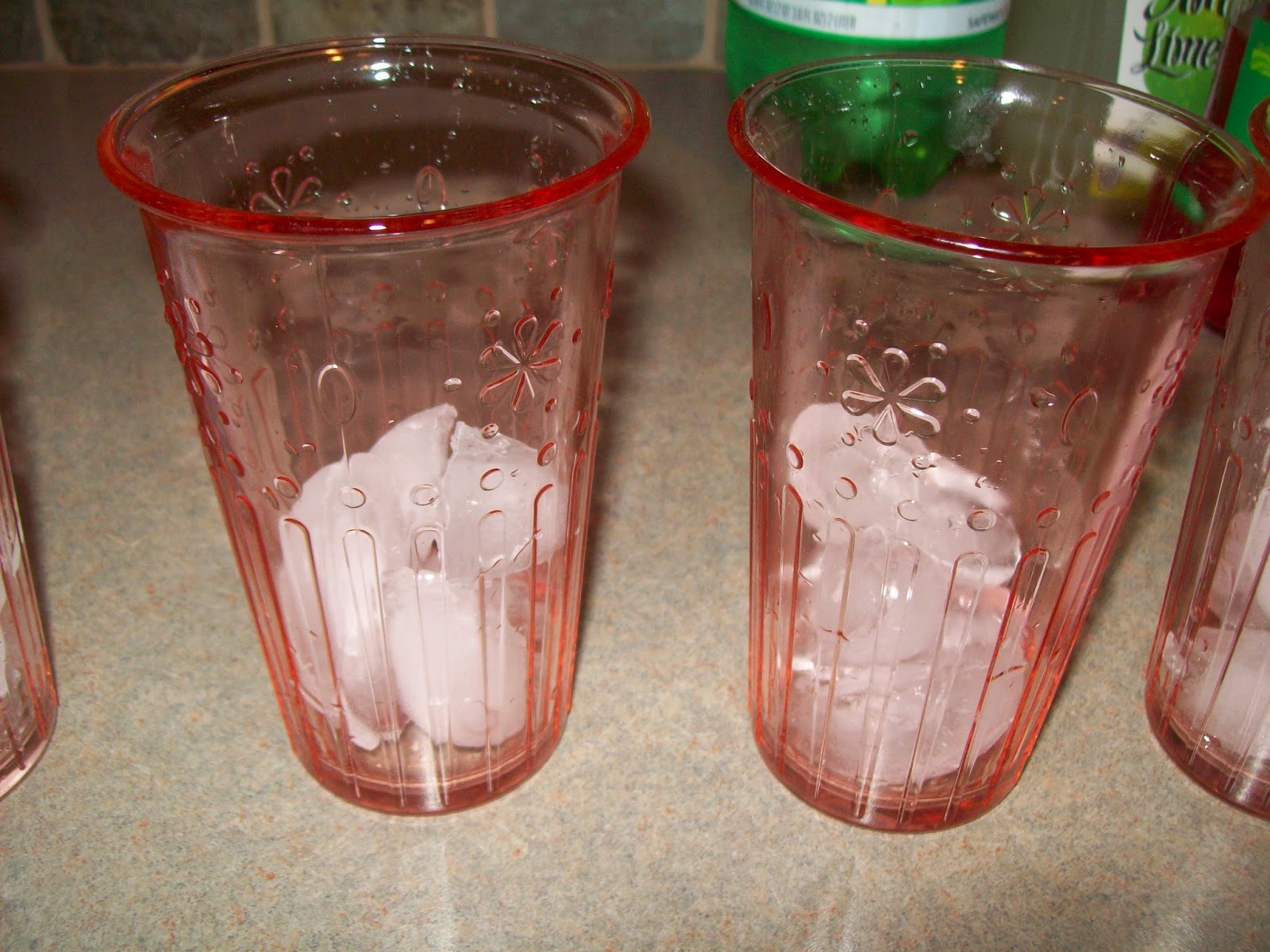 Then pour in the limeade until glass is half full. 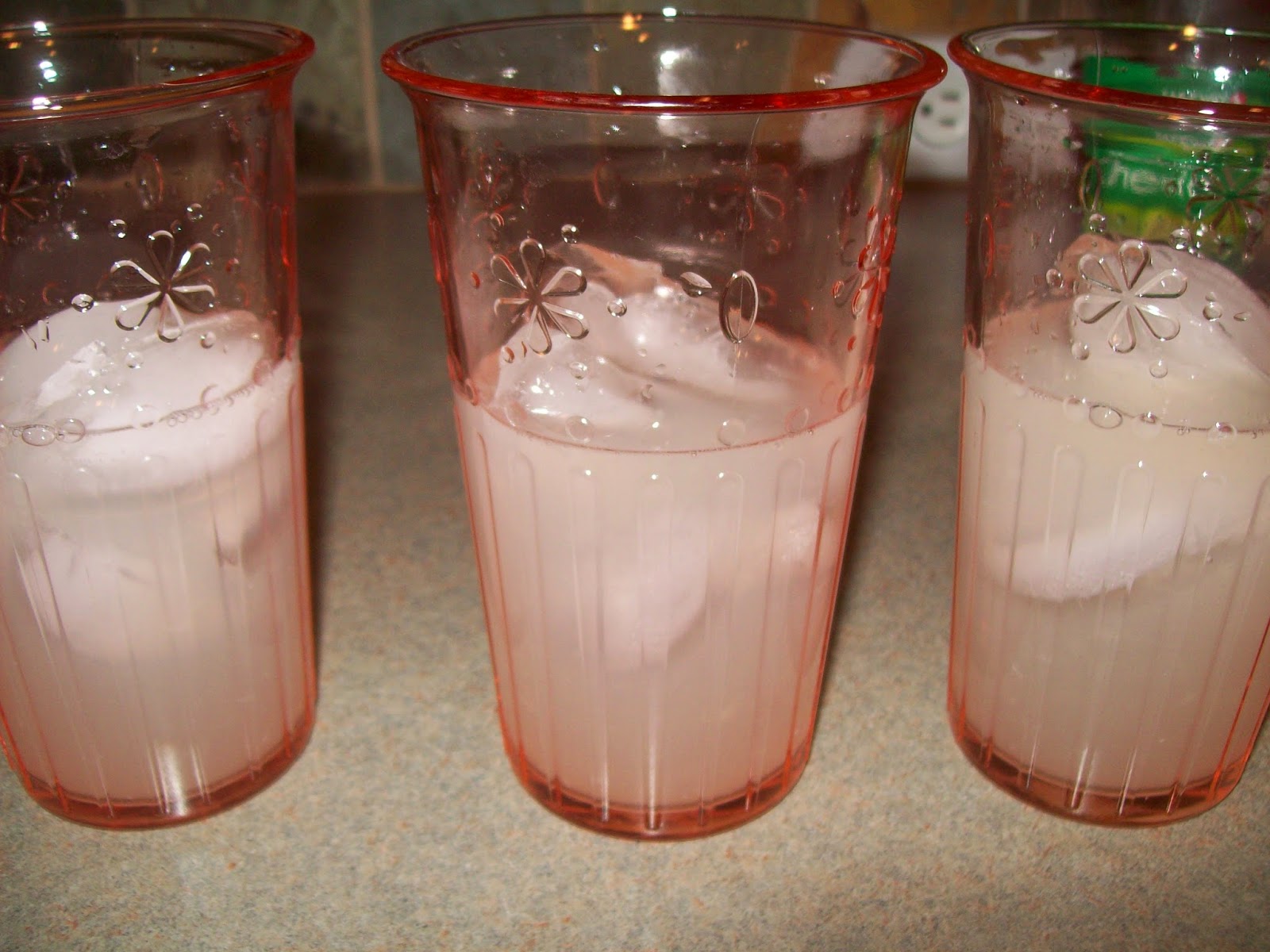 Then fill the rest of the way with lemon lime soda, and add a cherry and/or a slice of lime. 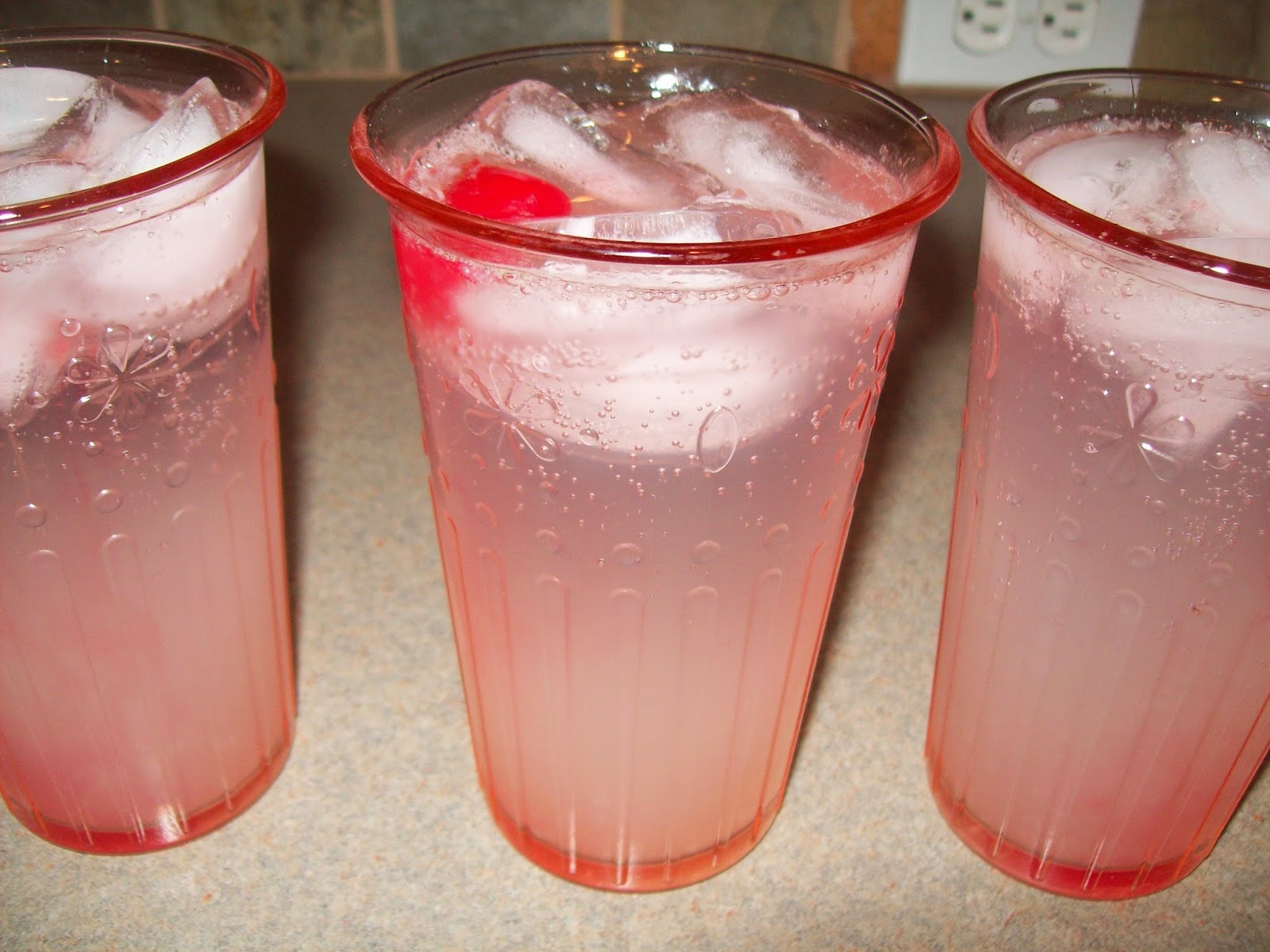 Add a straw and they are ready to serve. We love to have these all through the spring and summer, the lime is especially good with savory meals like our sausage pies or any Mexican dish. So that was our yummy dinner, I loved the flavor of the kale with the sausage, along with the nice refreshing sparkling limeade.

Have a great week. Be sure and stop by Meal Planning Monday Recipe Link-Up for some great meal planning and recipe ideas and to share your recipe posts! 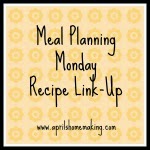 Posted by April's Homemaking at 8:48 AM