Last Sunday was the first week of Advent, and every year I like to have special crafts and activities to share with the children in my Sunday school class.  I like to keep my ideas easy and budget friendly, and simple paper crafts usually fit that bill.  I share the various parts of the Christmas story over the four Sundays in December, this week our class heard the part of the Christmas story where an angel tells Joseph (Matthew 1:18-25) and Mary (Luke 1:26-38) that Mary is pregnant with baby Jesus.  So for the first Sunday in advent I often like to do an angel craft. 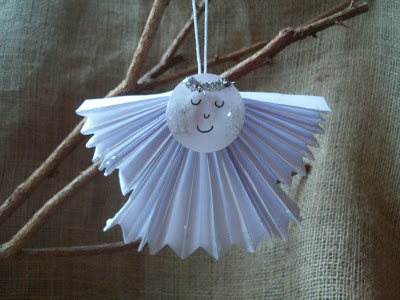 This year I wanted to try something a little different than the angels I have done in the past, so I scoured Pinterest for ideas, and kept seeing a very cute folded paper angel similar to the one above.  None of the links had tutorials, so I spent an evening cutting and folding paper until I got the desired pattern that I thought would be easy for the kids to follow.  The older kids had no trouble with this craft, the little ones had helpers to fold the paper.  They all enjoyed having a nice ornament to take home.  So I thought I would post a step by step tutorial of our fun craft.

Cut a sheet of paper in half from top to bottom like this.  I like to use my paper cutter and do a few at a time, you could also fold it in half and cut along the line. 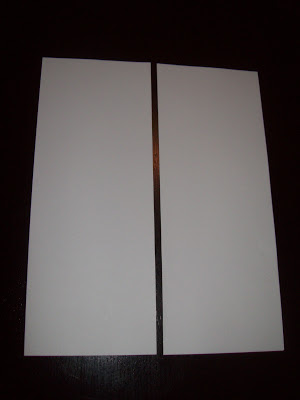 Take one of the halves and accordion fold along the short end, like this, until you have folded the entire length.  Folds are roughly half and inch. 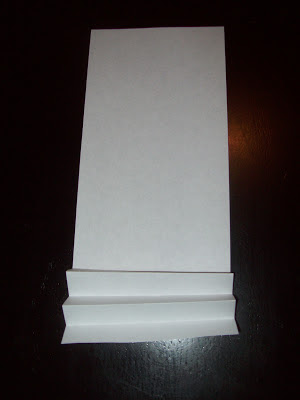 Here is what it looks like all folded up. 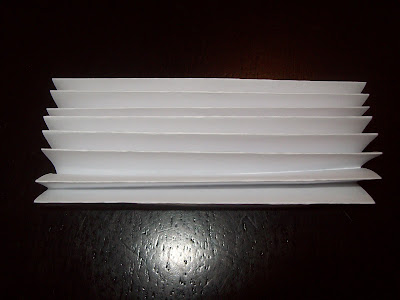 Press the paper together, and lay a white string or white embroidery floss along the nicest looking side, fold the paper accordion in half to find its center, then staple the center , along with the string like shown below. 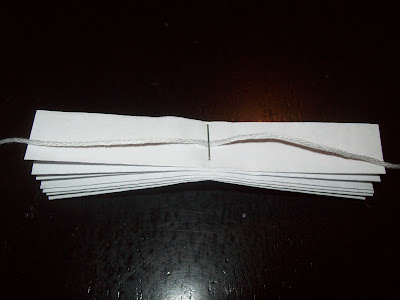 Turn it on its side, and fan out the accordion like this, and tie a knot in the top of the string to use as the ornament hanger, then set aside. 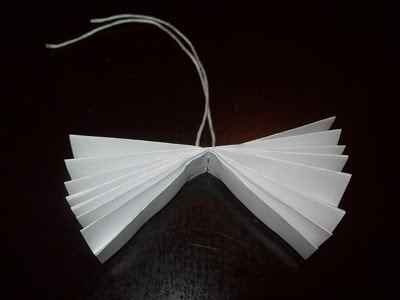 Take the other half sheet of paper, and this time accordion fold it along the long end, horizontally.  Continue folding until you have folded the entire length.

Then fold it in half, and cut it into two equal halves, like this. 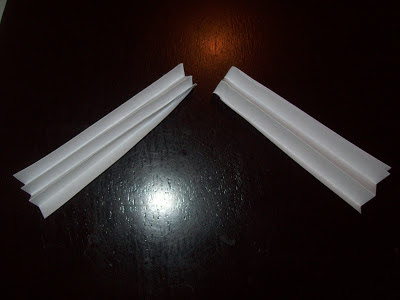 Then fold each of the halves in half again. 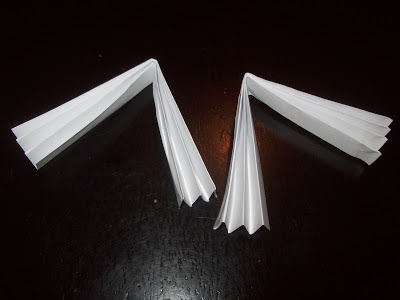 Next the two halves need to be glued together, lay one down flat, and glue along the bottom. 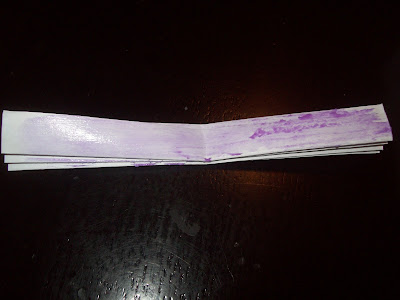 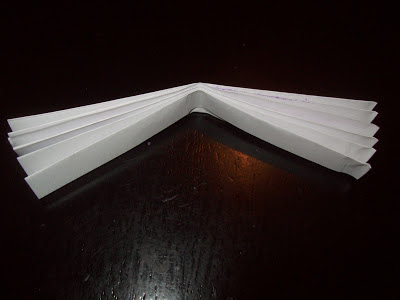 Here are the top and bottom ready to be glued together, using your glue stick, apply glue to the bottom of the top piece, and slide the bottom half into the top half.  Press them both together until the glue is holding. 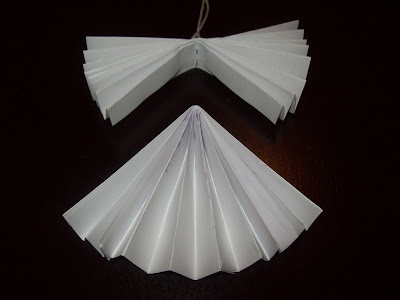 This is what the body of the angel will look like. 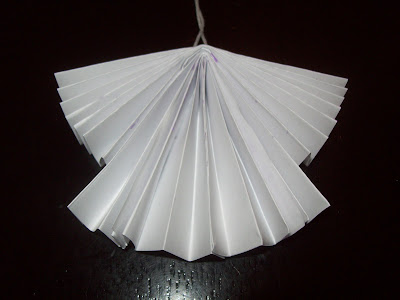 If you have a circle punch, that is the best way to make the round paper for the face, I punched out 1 1/4 inch circles from white paper for the faces, if you don't have a punch, find a similar sized circle, like a tiny biscuit cutter, to trace and cut out your circles.  Draw on a simple face (it is fun to see the different faces the kids come up with), put a dab of tacky glue in the center top of the angel body, like shown below, and gently press on the face, the tacky glue will seep down in and give the angel more stability when it dries. 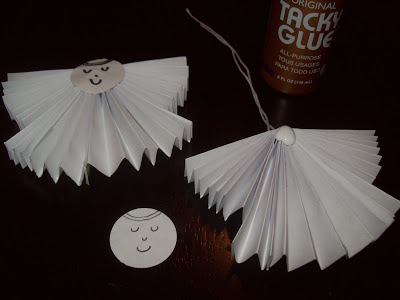 You can leave it simple, with a drawn on face, or you can add a touch of glitter, I used silver tinsel glitter for the halo, and crystal glitter for the cheeks and edges of the wings on the one below.  I really love how simple the white paper looks, plain white paper is very easy to fold, it could be fun though, to experiment with patterned paper, some of the angels on Pinterest were made with colorful scrapbook paper, it gave them a completely different look, and would be easy to match to your decor. 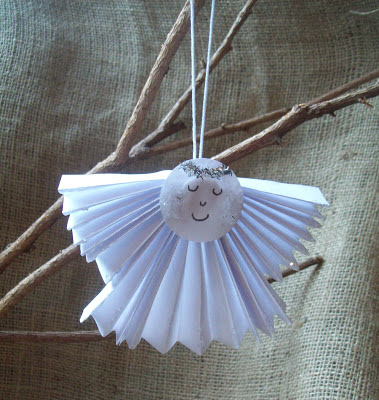 Here is the angel on my little tree. 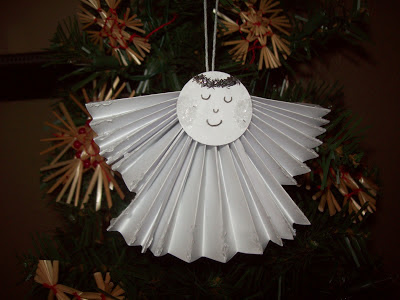 I love how the tree lights shine through the white paper. 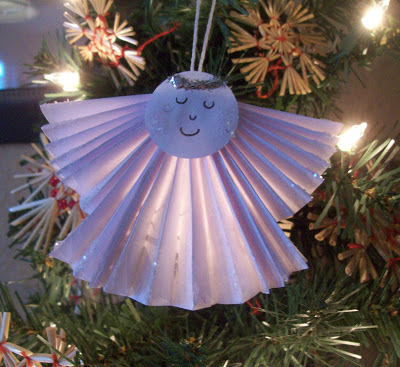 I hope you enjoyed the tutorial.  This was a fun advent craft to make, and one I look forward to making again.   Hope everyone has a nice weekend!

Posted by April's Homemaking at 11:59 AM