This fall the sky has been putting on such a show. Just about every other day the sunset or sunrise has me running for my camera. Midday storms with dark and rainy skies and the evening moon have been equally mesmerizing. I love watching the sky, and I especially love it during the fall, so I thought I would share a few of the pictures I have been taking since the beginning of fall last month. (Click on the pictures to see a larger picture.)

At the beginning of fall I had to pull over and take pictures when I saw the big round moon rising over the foothills over a recently harvested grain field. 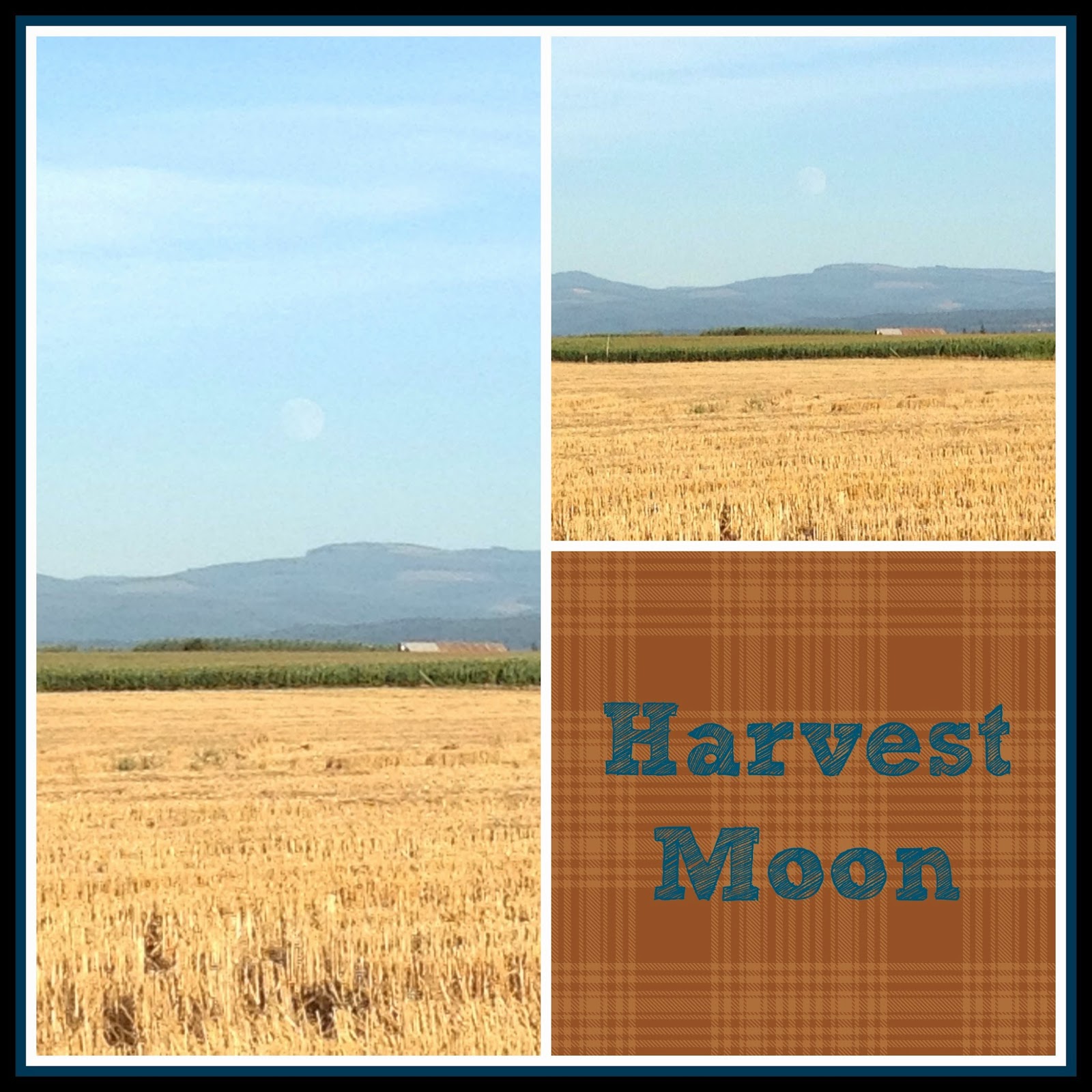 This sunset again had me pulling over and getting out of the car to snap a few pictures, this time I only had my phone's camera, the sun was so massive, and the sky was so pink, it was truly amazing. 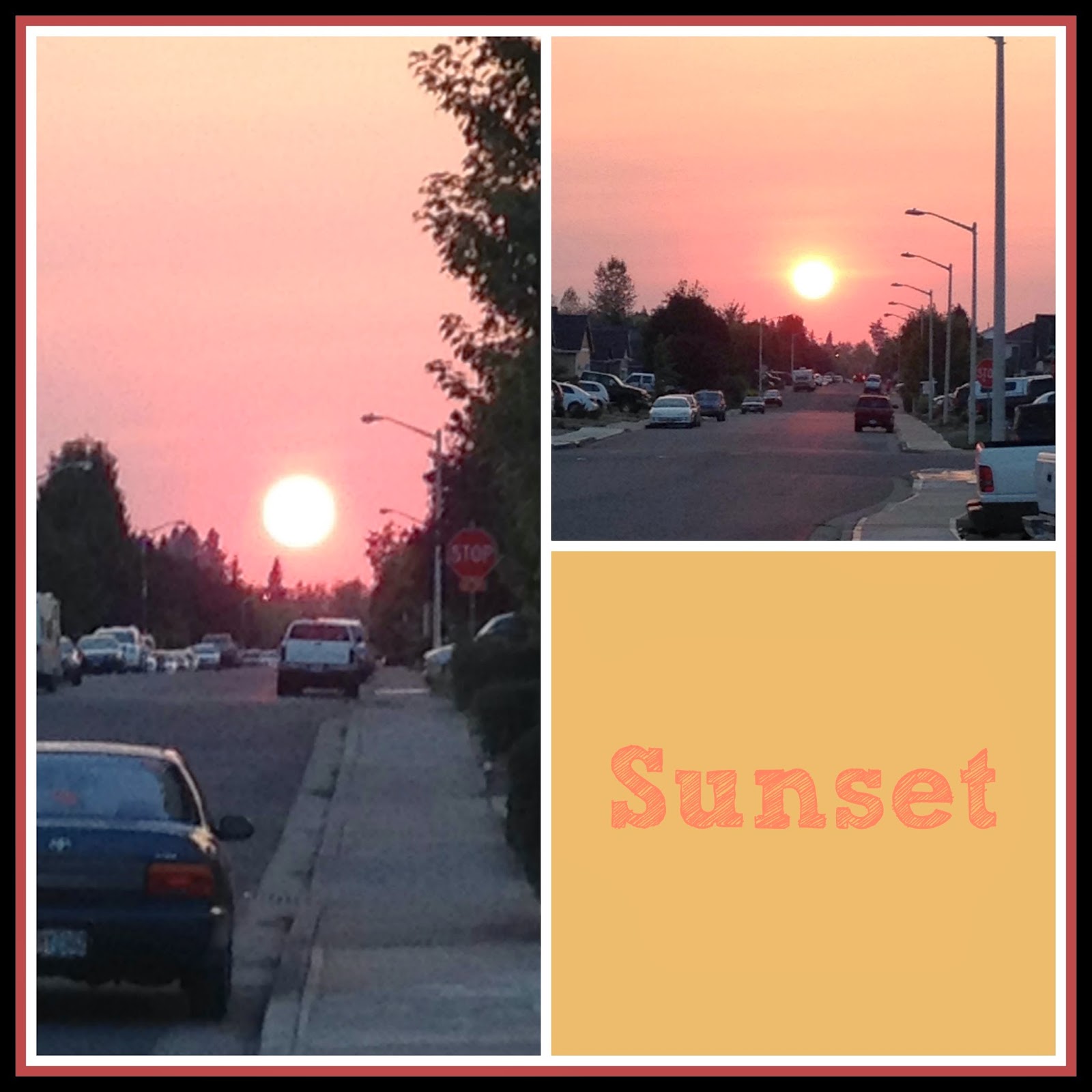 In September, on the drive to church one Sunday morning, I noticed a huge plume of smoke off in the distance. When we arrived at church and got out of the car the air was filled with the smell of forest fire and little bits of ash falling! I soon found out that a town about half an hour away was having a very serious forest fire, it was unnerving how bad the air was, I can't imagine how it was for the people living closer!! My son has asthma so I was really concerned about the air quality. The smoke in the air however made for some amazingly vibrant dark orange sunsets. We had a very dry early fall and I was glad when the rain finally arrived to help the air and the fire! 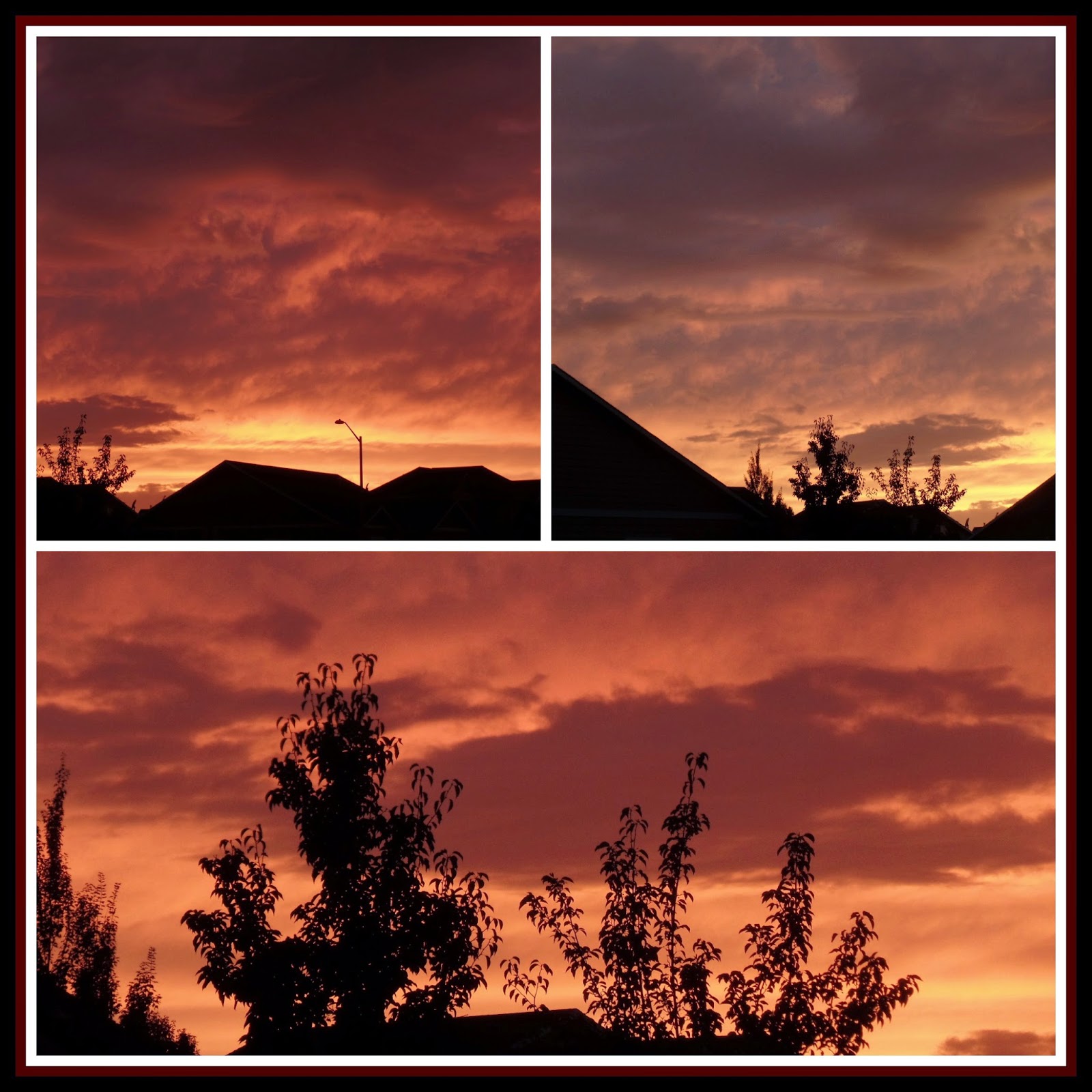 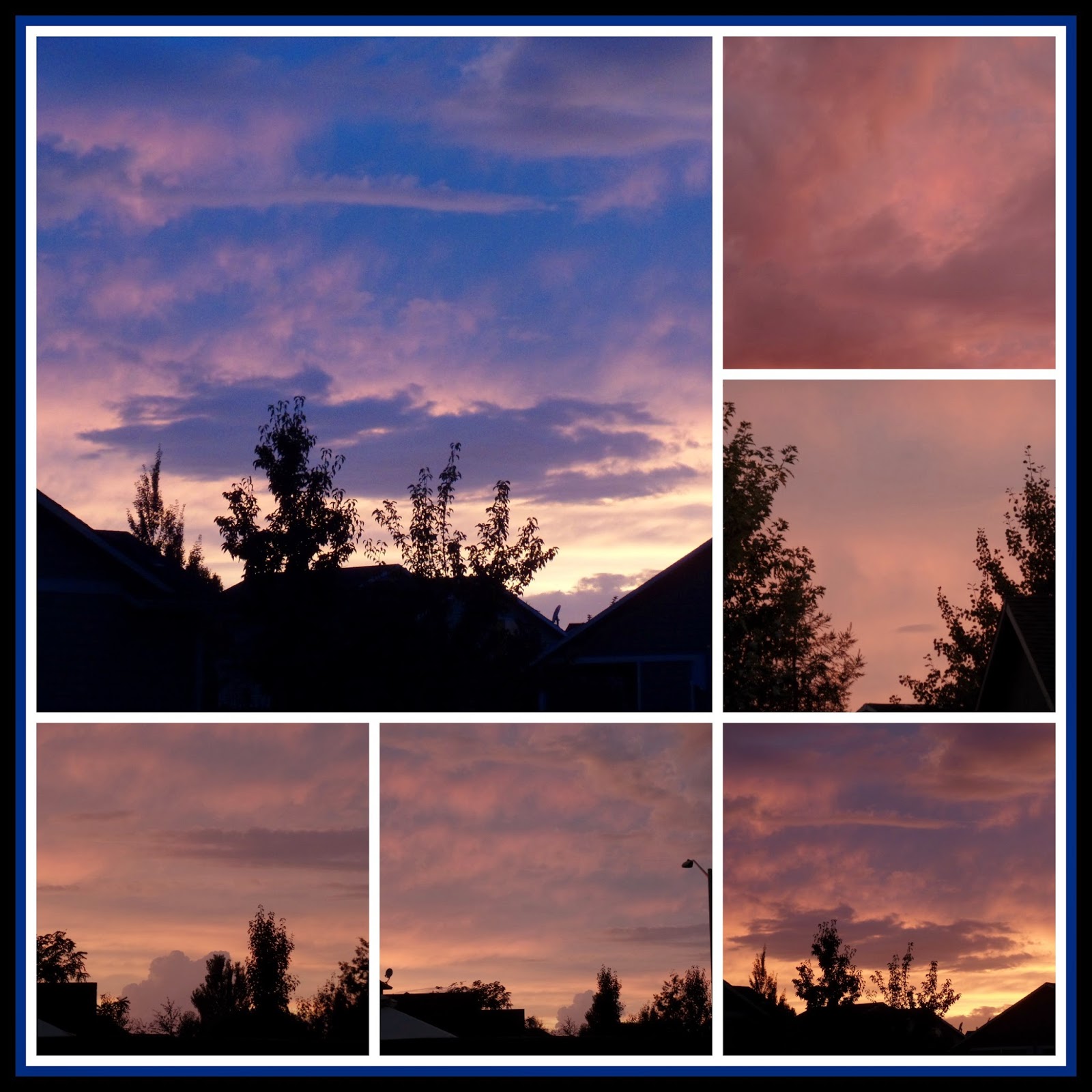 Early on October 8th I stayed up nearly all night long to catch the second of the lunar tetrad full lunar eclipses, also called a blood moon because the moon can turn a reddish hue. I was lucky that I could keep watch on the moon right outside of my office window, so I was able to keep myself awake by staying busy in my office. I have seen a few lunar eclipses over the years, and they always amaze me. I was especially happy that we had clear skies! I woke the whole family up when it was just a sliver of moon left so they could see the moon completely cover, it was a really neat thing to see. We saw the last one back in April as well, and hope to see the third one in April 2015. 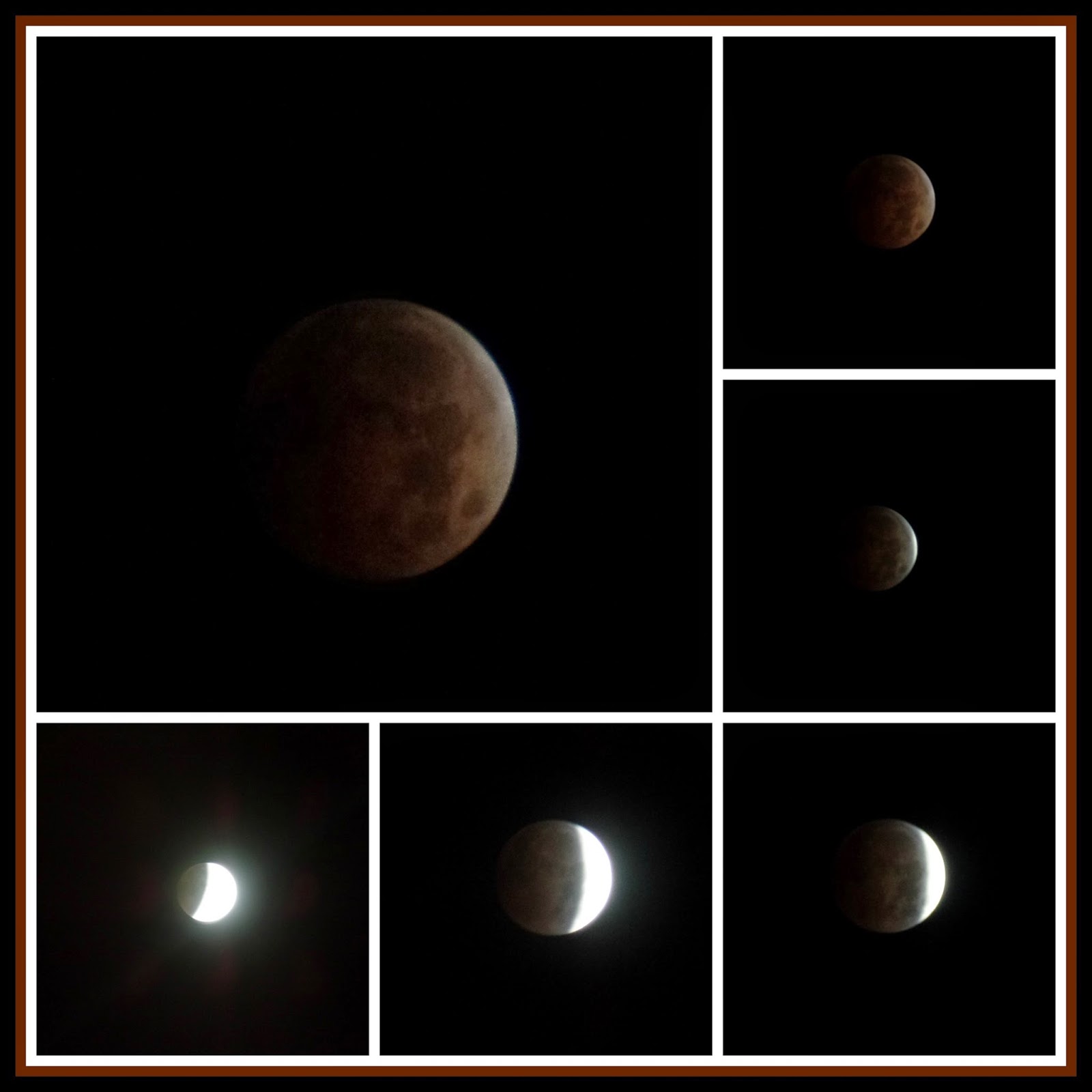 Lately the rain has arrived, we have had lots of stormy cloudy skies, however the sun always peeks back out, and we have had some remarkable rainbows lately, quite a few double rainbows as well.  :) 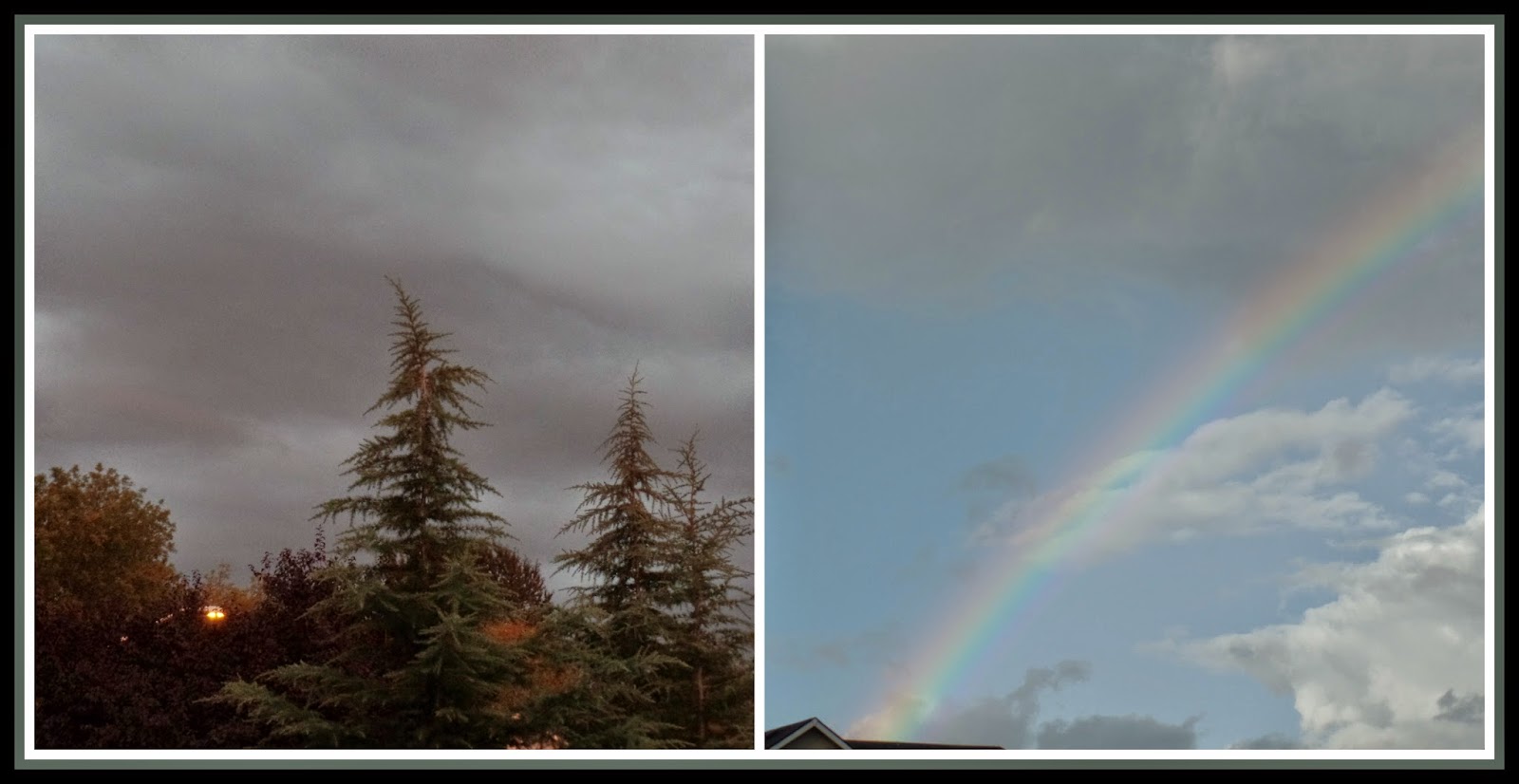 The clouds have been so big and puffy, I think they look so pretty against the crisp blue fall sky! 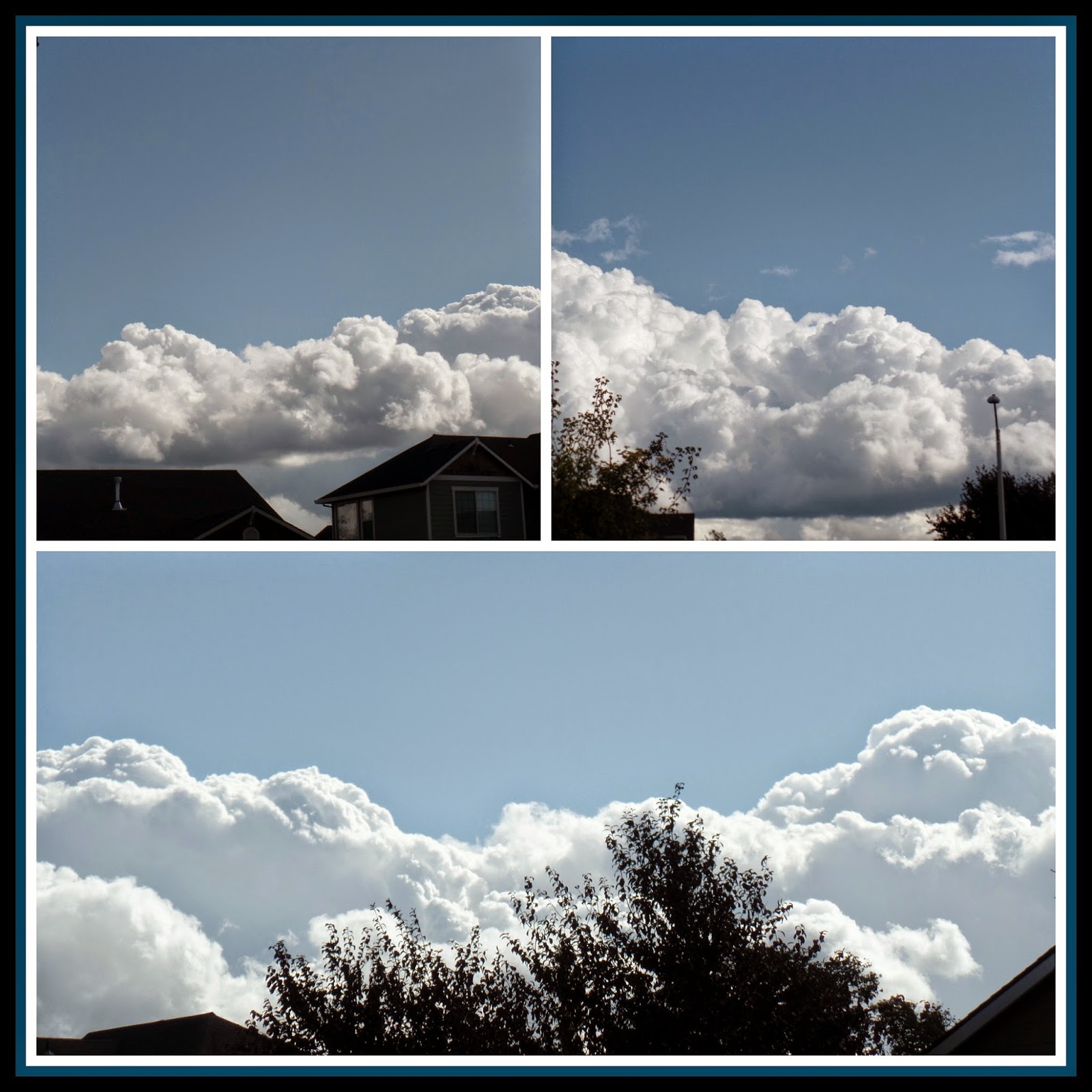 One thing I always think is interesting, is when you can see the whole round sun filtered through a very cloudy sky, sometimes it almost looks like a moon. I look forward to sunrise and sunset every day. 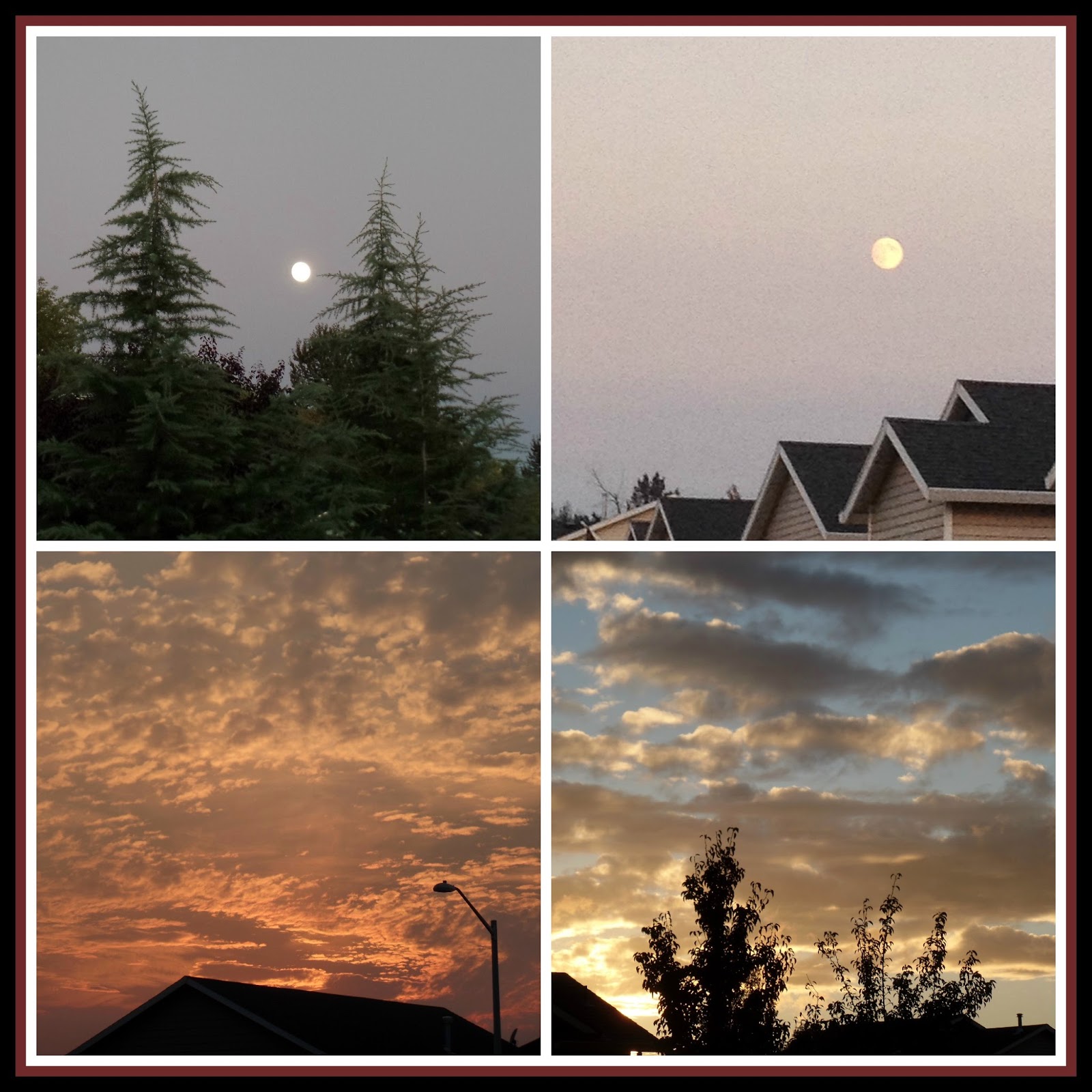 I also have been enjoying the moon, the last couple of days the moon has been a beautiful crescent. 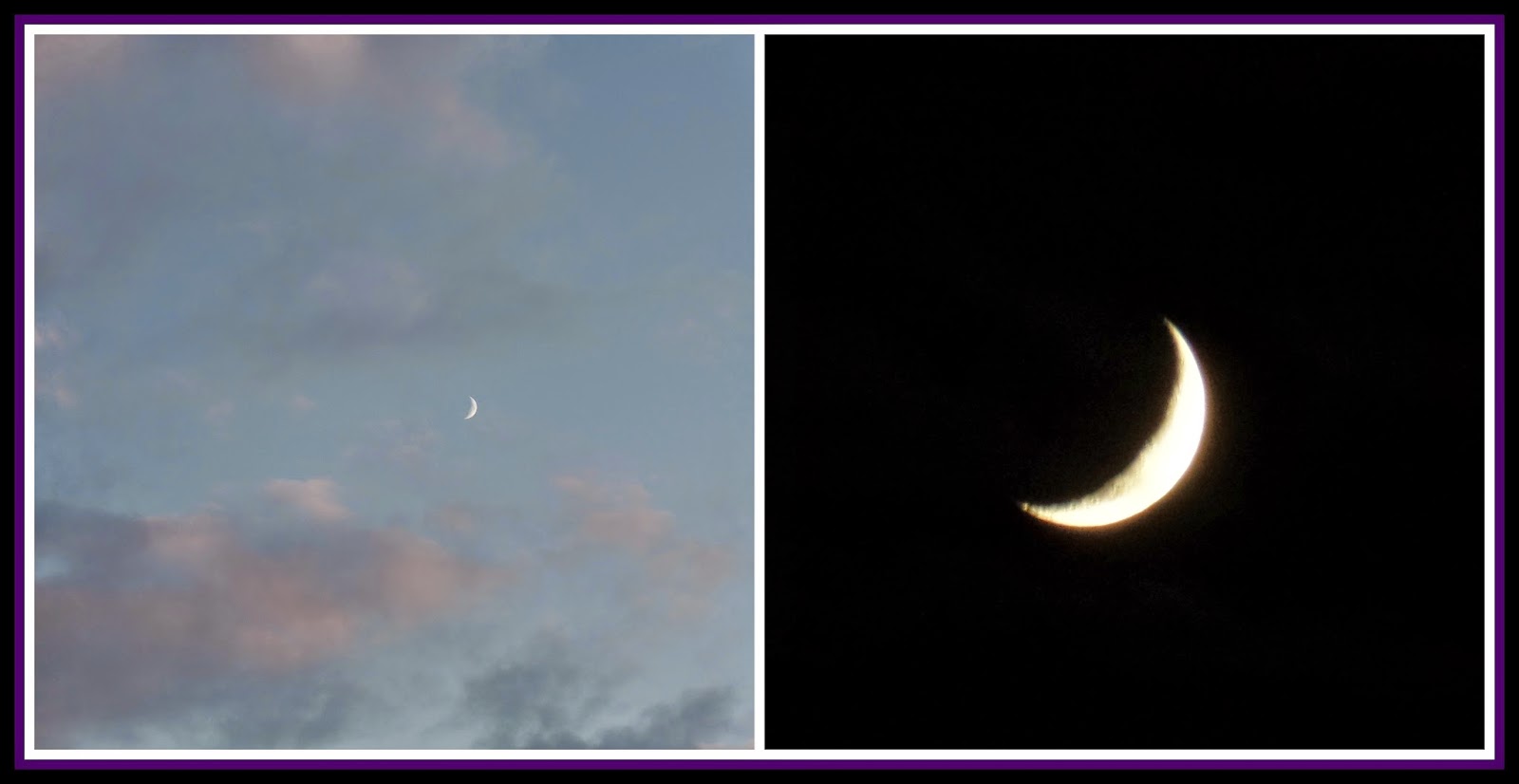 I am looking forward to the rest of fall, the weather is definitely moving into the more stormy and rainy time of year, and the temperatures have been dropping. Such a beautiful time of year!

Linking to:
Tuesdays at Our Home
Inspire me Tuesday
Tuesdays With a Twist
Be Inspired
Wake Up Wednesday Linky
What's It Wednesdays
Project Parade
Wow Us Wednesdays

Posted by April's Homemaking at 11:06 PM