It has been just over two weeks since I received the frightening call that my daughter had been in a serious car accident.

I have struggled to put her accident into words, how do you even put a title on a post about a day like that!

Just over two weeks ago my daughter and her friend went to the store to pick up ice cream for dessert, and a short time later we got the call letting us know that they had been hit by a semi truck only a few minutes from our house.  My husband, son, and I raced to the scene of the accident, and as you might imagine I was hysterical.  All I could do was fervently pray and pray.  When we arrived at the scene my daughter was trapped in her crunched up vehicle and barely conscious.  I was so grateful to see her alive!  My daughter's friend, the passenger, and who also happens to be my son's girlfriend, was out of the vehicle with bruises and a broken wrist, but fortunately had been able to call us and let us know what had happened.  Some of the first people at the scene of the accident were so kind and wonderful, they stayed with my daughter until help arrived and comforted and prayed for her, it made me feel so much better to know that good people had been with her, I am so thankful for them!  I am also incredibly thankful for the first responders from our fire and police stations! 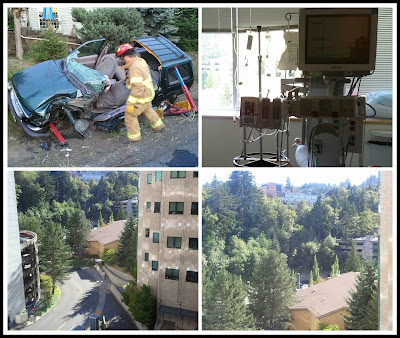 (Sarah's Car, and pictures from the ICU and ICU window)

My daughter suffered a severe blow to her head and left side, after half an hour of carefully extracting her from the vehicle, the paramedics Life-Flighted her to a hospital in Portland, about an hour from our home. When we arrived at the hospital we were greeted by family and friends who had also made their way to the hospital.  I was wholly focused on my daughter, and her care, but I definitely felt the love and support from all of our family and friends.  My daughter had some bleeding in her brain, as well as a severe cut on her forehead, and glass embedded in her arm.  She was not conscious for the first 24 hours, but when some of her medication wore off she was able to wake up and communicate with a thumbs up, once her breathing tube was removed she was able to talk to us, and I tell you, hearing her little whisper was music to my ears.

We were in the ICU for 2 days and then the trauma ward for 2 days.  She is now back home and healing very well.  She has no memory of the incident or even most of the day of the accident, and no memory of the hospital except the last day.  Her short term memory has returned, and although her balance was off as a result of her head injury, her balance improves every day.  Her stitches are healing nicely, and we have all been spending time nursing her back to health. 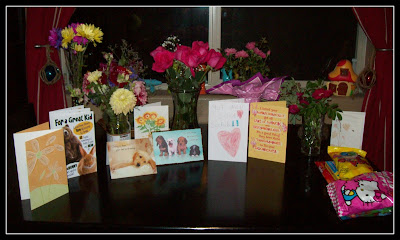 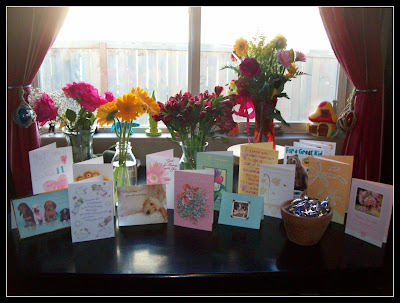 (Thanks everyone for the beautiful flowers, cards, gifts, company, and support!)

During our time at the hospital, and now that we are home, we have had such wonderful support from our family, church family, friends and community members.  I am so thankful for everyone's prayers and love, and feel incredibly blessed to have my daughter home and healing. 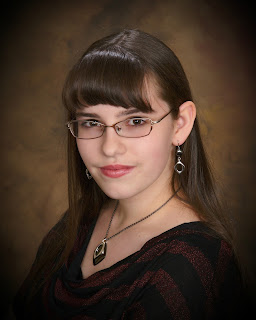 Posted by April's Homemaking at 7:19 PM